Why Evalyn Parry is leaving Buddies in Bad Times 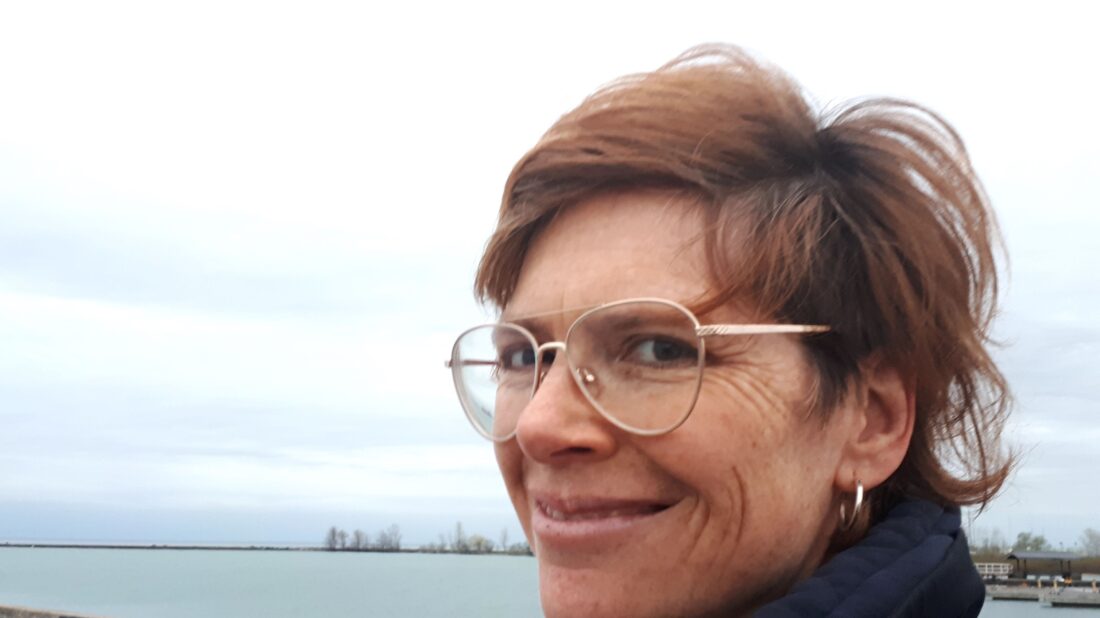 Evalyn Parry is stepping down as the artistic director of Buddies in Bad Times in mid-September.

Buddies in Bad Times Theatre needs to look at new structures of leadership that don’t place an impossible pressure on one person. So says the theatre company’s artistic director, Evalyn Parry, who announced on August 28 that she will be leaving on September 15.

One reason Parry is departing so suddenly is personal. Her wife, Suzanne Robertson, was diagnosed with breast cancer in May, and she’s now in the third week of treatment that will last into next year.

“It was very early detection and there’s aggressive treatment,” says Parry. “We’re dealing with the hardship of chemotherapy. Suzanne has a big history of cancer in her family and this is her second round with it, and she’s young. So it’s intense – the treatment is intense.”

But the other reason Parry is leaving has to do with the seismic cultural shift that’s happened in many industries – including the performing arts – this summer. Even before COVID-19 hit, Parry was determined that the 2020-2021 season would be her last at Buddies.

“My hope had been to see out this year, which has turned into a bigger year than anybody anticipated,” she says. “But I have been long committed to the idea that whoever would succeed me in this role should be a QTBIPOC-identified human. And the events of COVID-19 on top of our societal and sectoral reckoning with race and racism have further clarified that for me.”

Parry, who is white, says “one person can’t possibly be all the things that this place needs a leader to be.”

Parry became Buddies’ artistic director in 2015, and is proud of much of the work she accomplished during her brief tenure. Highlights include Kiinalik: These Sharp Tools, the award-winning multimedia piece she created and performed with Laakkuluk Williamson Bathory, as well as Gertrude And Alice, her piece with long-time collaborators Anna Chatterton and Karin Randoja.

“I’m also super proud of The Youth/Elders Project,” she says about the remarkable 2017 work collectively created and performed by youths (late teens to mid-20s) and elders (mid-50s and up).

“That was such an epic process of creating and relationship-building, with an amazing group of people,” says Parry. “I learned so much from the participants and co-leaders, and about the process of inclusion, of radical inclusion. I also learned about theatre as a space for dialogue. For me, that intersected with so many other parts of leading this place.”

The Youth/Elders Project has continued, and will continue, as a podcast. It has become a part of the company’s ongoing community and education programming.

Parry is also proud the Saga Collectif’s Black Boys, which played on the Buddies stage.

“It was a collaboration that was a big learning experience for our team and was a very important work at the time it happened – it was so necessary,” she says. “It was exciting to watch the Saga Collectif make the work and own the space. It’s all part of the work of opening institutions.”

Collaborative partnerships, in fact, make up a good chunk of what Buddies does. Besides the Rhubarb Festival, the company produces two or three shows a year. For the rest of the season they partner with other companies like Native Earth Performing Arts and Obsidian.

“The collaboration with Native Earth on The 2-Spirit Cabaret was really meaningful. [Artistic director] Keith Barker and I were in conversations about the way Native Earth does things, and he was in conversation with the way we do things here,” says Parry. “And there was a mutual commitment to building up 2-spirit artists through protocols from their institution and ours.”

“It’s certainly easier to just produce your own thing,” she says. “[Meaningful collaborative partnerships] take a lot more time, and a lot more conversations, and they can slow things down.”

“I know it seems strange at this time, but we are in a solid place financially for the next couple of years,” she says.

But she points out that there will be some staff downsizing this fall.

“We’ve kept everybody on up until now, but this fall we will be doing some layoffs. We’re trying to have staff appropriate to what we’re able to do at the time. So unfortunately the company is shrinking.”

In the past few months, the company’s association with two former contractors – who are currently involved in a legal battle – has raised questions about inclusion and responsibility.

Parry can’t say much about the situation on the record, but does point out that the Buddies’ board “is in the process right now of hiring a consultant who’s going to help lead a really robust community consultation and organizational review this fall.”

Parry also says the company is “trying to really look both at our history and our present and try to more deeply understand the ways we may have harmed racialized communities. We want to be informed by the community in order to take next steps.”

Parry points out that Buddies doesn’t have protocols in place regarding contract workers.

“In going out, I’ve said to the board that we actually need to be figuring out how to support freelance artists who are precarious and don’t have support,” she says. “They don’t have an HR department to go to. These are things that apply across our sector. We need to develop a more robust policy about that.”

That said, even though she’s stepping down this month she’ll still make herself available to any kind of consultation process or community conversations that need to involve her.

“I’ve made it clear to the community and to the board that if I need to be involved in any way, I’m here for that.”

Two years ago, Parry was involved in a controversy about identity and inclusion. Buddies cancelled of a reading of its former artistic director and co-founder Sky Gilbert’s 1986 play Drag Queens From Outer Space. Gilbert had written a blog post and poem that harshly criticized Vivek Shraya’s recently published book, I’m Afraid Of Men.

Parry and Buddies instead decided to use the time to hold an open community dialogue. But Gilbert declined his invite.

“Sky was invited to be part of that conversation, and he has his own narrative about it,” Parry says now. “It feels like that was what [Buddies] could offer at that time. It was our best thinking at the time, to try and make space for a really important conversation in our community and to not brush it under the table.”

In a way, that situation symbolizes the difficulties of being a single artistic director at a company like Buddies in this cultural moment. Parry had originally programmed the Gilbert reading as part of Buddies’ 40th anniversary year to open up a dialogue between the company’s past, its present and its future.

“I think Buddies is inherently a space of tension and change and conflict,” she says. “That is the nature of queer culture: to rebel against norms and constantly reinvent itself and resist conformity.”

“But it’s one of the reasons why my experience leads me to say I’d rather not put another person into this position [of artistic director]. There’s the impossible pressure of trying to be all things to all people.”

Parry thinks the company should look at other leadership models.

“I don’t think it has to be embodied by one person, someone who gets all the credit or all the blame,” she says. “It needs diverse perspectives to try and respond in any kind of meaningful way to our mandate. Given the kind of operating budget that we have, where we’re not able to program more than a couple of shows a year, how do you do that? We have to figure out ways to give more perspectives power and decision-making, in programming as well as stage time. The decision-making power is really important.”

I ask Parry if she sees a connection between Buddies’ situation and what’s happening at Pride, another large local queer organization grappling with change.

“Well, I mean, lateral violence is a real thing, you know,” she says. “Something I’ve been thinking about a lot this summer is the way that shame plays out in our community. I feel like we do a lot of shaming of each other. Shame runs very deep for queer folks.”

After she leaves Buddies on September 15, Parry will be looking after Robertson, of course. “I want to focus on Suzanne’s – and, honestly, my own health,” she says. “Because of the strain of the last six months.”

And what about professionally? Parry is a musician as well as a playwright, director and actor.

“I need to take a rest,” she says, laughing. “I’m not going to work for a few months. Then I’ll see what’s next. But I do feel hopeful about being able to feel some artistic impulses again in the future. Right now I just need a break.”