Fringe review: Nobody Asked For This 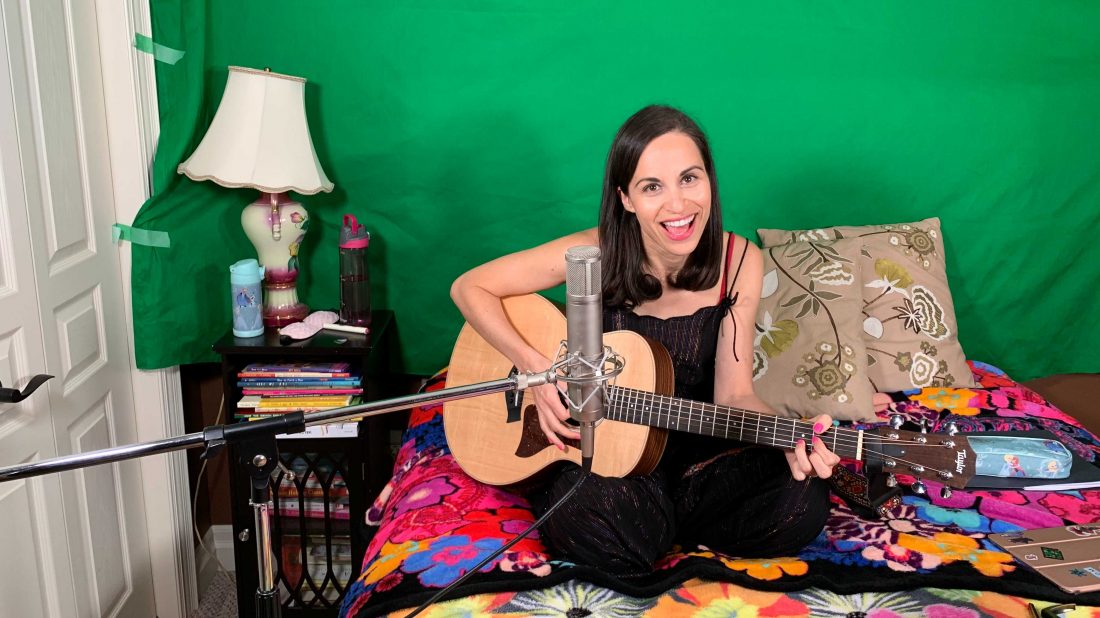 Christina Nicolaou is definitely an artist to watch.

The talented Christina Nicolaou has the beginnings of a very good Fringe show in the brief Nobody Asked For This, but she doesn’t shape it into something with a coherent or unified theme.

Most of the songs deal with the pandemic. The first one opens with those clichés we’ve heard during the past 16 months – “I’m actually doing pretty well… I’m so grateful for my health” – and then flips a switch to show us the grim truth.

Nicolaou, who also plays the guitar, has a strong, clear voice, and the tune is incredibly catchy. Best of all, while she performs the songs seated on a bed (very relatable), she enhances the video with graphics to illustrate how she’s really feeling.

A song about Amazon sends up privileged people stuck at home mindlessly ordering anything, while employees at the company’s fulfillment centres are so overworked they need to pee in water bottles.

And the final song about home schooling is very funny, especially when a little girl named Gracie (perhaps Nicolaou’s daughter?) pops up in the video in a playful way.

A bit more banter between songs might help unify the show, directed by Missy Peppers (a made-up name?). Nicolaou’s song about reverse mortages comes out of nowhere and lacks the clarity and directness of her other material.

But Nicolaou is definitely an artist to watch.