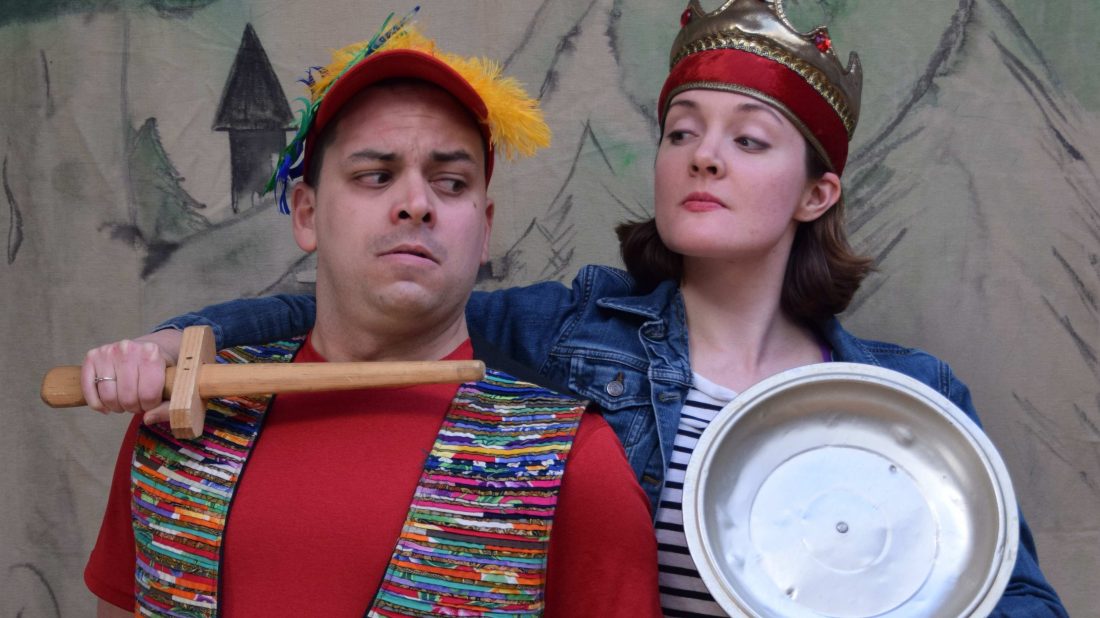 Shoestring Opera’s delightful children’s adaptation of Mozart’s The Magic Flute gets an imaginative and clever pandemic staging as part of the Toronto Fringe’s KidsFest On-Demand series.

When the bright, rhyme-loving student Allegra (Katy Clark) finds a flute on the sidewalk, she plays it and soon finds herself in a mysterious dark forest. There, she meets birdcatcher Papageno (Anthony Rodrigues), whose mouth is locked. Through the use of her flute, the two gradually discover three lessons for Papageno. And Allegra gets a quick course in opera, as well.

Shot on location at Tapestry Opera’s Ernest Balmer Studio, the 40-minute work – nimbly directed by Molly Thom – has been carefully filmed so the two singers, along with cellist Anne Rankin and pianist Jiayin Liu, are properly distanced. (Videography is by Nicholas Porteous.)

Clark and Rodrigues deliver high-energy, beautifully sung performances, bringing out Greg Robic and Lawrence Cotton’s amusing libretto with ease. (Only during Clark’s Queen of the Night aria are the words sometimes hard to make out.)

This would be a fantastic way to introduce young kids to the world of opera.