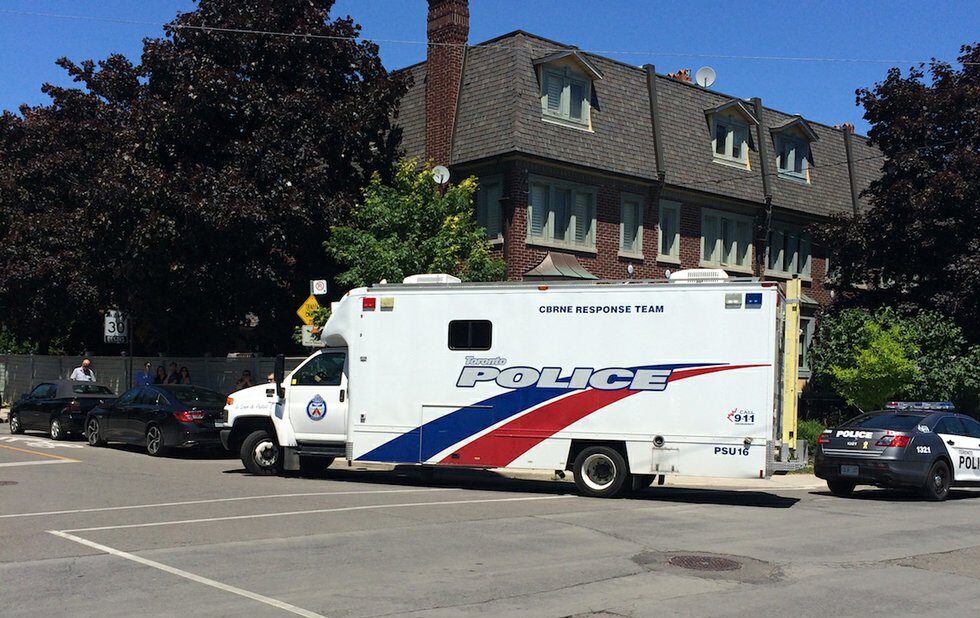 Toronto Police bomb squad arrived at the Tarragon Theatre to investigate a suspicious package on July 7.

The Fringe Festival’s schedule was briefly interrupted on Saturday afternoon after a bomb threat was reported at the Tarragon Theatre.

Police evacuated around 100 people as a precaution after receiving a report that a suspicious package was found. The theatre, which is located at Howland and Bridgman, houses three stages that are hosting shows for the 30th annual indie theatre, comedy and dance festival.

A spokesperson for Toronto Police Services told NOW that officers arrived on the scene, did a thorough search of the site and no package was found.

“We are saddened to announce that there has been a bomb threat made against the Tarragon Theatre this morning,” the festival said in a statement. “To ensure the safety of our patrons, artists, and staff, the building has been evacuated and some shows have been canceled. All ticket buyers affected will be contacted.”

This is the second major theatre festival to receive a bomb threat in recent weeks. On May 28, Stratford police evacuated The Avon Theatre and Festival Theatre on the opening night of Shakespeare’s The Tempest at the Stratford Festival after police received reports of a threat.

With files from Debbie Fein-Goldbach