The deaths of dance greats Merce Cunningham and Pina Bausch (and Canada's own Lola MacLaughlin) notwithstanding, this was one of. 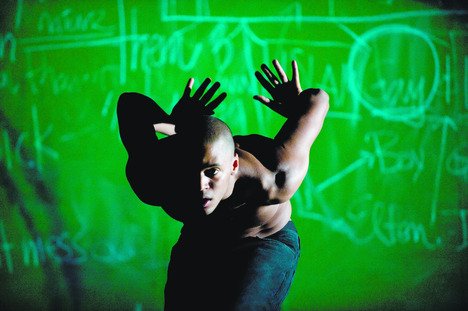 To Be Straight With You

The deaths of dance greats Merce Cunningham and Pina Bausch (and Canada’s own Lola MacLaughlin) notwithstanding, this was one of the best dance years in memory, full of large-scale works and other pieces that redefined the word “intimacy.” Here’s what moved me.

Based on transcripts of dozens of interviews about religion, race and homosexuality, Lloyd Newson’s multidisciplinary show was equal parts documentary, debate and high-energy kick to the gut. Dance/theatre that matters.

One of the world’s finest contemporary troupes made up for their 15-year local absence with this generous program showcasing the versatility and athleticism of its company. Canada’s Crystal Pite made us proud with her moody psychological piece The Second Person, but Lightfoot/Leon’s Shoot The Moon is the piece that stills whirls in our mind like a vivid dream.

Just before the March 7 performance, DanceWorks’ Mimi Beck announced that choreographer Lola McLaughlin had died from cancer that morning in Vancouver. Her dancers bravely went on, and the loss added poignancy to this poetic, philosophical piece about nature, language and what it means to be alive. How appropriate.

(National Ballet of Canada, March 4 to 8)

Three young Canadian choreographers (Peter Quanz, Crystal Pite and Sabrina Matthews) showed why they’re a big deal on the international dance circuit in this eclectic program that more than lived up to its bold title. Add Aszure Barton’s work Watch Her, which premiered this fall, and it’s clear Karen Kain has reinvented the company.

James Kudelka may be out in the country making bread, but his dance still lives on, as proven in this revival of old classics like the moving male duet Soudain, l’hiver dernier, and the vivid In Paradisum, as well as a recent solo for the expressive Laurence Lemieux and new work Beautiful Movie, a playful piece involving dancer Bill Coleman, a wooden puppet and countertenor Daniel Taylor.

You can’t get more intimate than the tiny Factory Theatre upstairs rehearsal hall, and dancer/choreographer Heidi Strauss along with Kristy Kennedy and Robert Abubo used every inch – radiators, windows, doors – to perform this intriguing look at a couple whose relationship is going through some major upheavals.

This collaboration with TDT and Berlin choreographers Felix Marchand and Christoph Winkler brought a young European aesthetic to town but also introduced us to the skillz and stories of TDT’s new crop of dancers. A win-win.

How can we sit by while tragedies are happening all the time? Maxine Heppner’s massively scaled project challenged our complacency and swept us up in a sea of 100 dancers, who crowded the Young Centre lobby in a series of powerful vignettes, some suggesting a Noah’s ark of survival and dignity.

Proof that dance works best when it’s suggestive and not literal. The ageless Claudia Moore and Dan Wild brought unspoken years of life and dance experience to this unusual pairing of works by Tedd Robinson and James Kudelka.

CARMEN/SKIN DIVERS (June 6 to 14) The National Ballet’s Luminato double bill fizzled with a Carmen that lacked passion and work inspired by Anne Michaels’s poetry that featured too little skin and sensuality and too much monotonous Michaels voice-over.

MOVING HOLMES Bad news? Jeanne Holmes, responsible for bringing world-class dance programming to Harbourfront, is leaving the institution. Good news? She’s heading to Dancemakers, a company that’s emerged as one of the most exciting in the city.