How ABBA, YouTube and the Fringe changed the performing arts

Bet they didn't have jukebox musicals back. 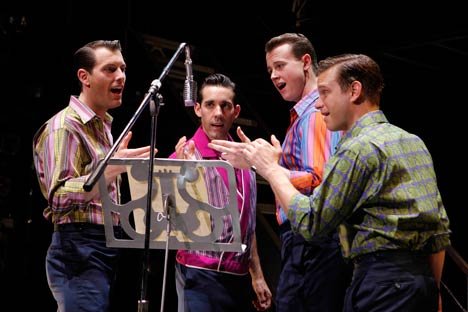 Bet they didn’t have jukebox musicals back in Shakespeare’s time. Like it or not, the ABBA “musical” Mamma Mia! changed commercial theatre, drawing on boomer nostalgia for top-40 hits to inspire such shows as We Will Rock You and Jersey Boys. It’s easy to leave the theatre humming a song when you already know it, right?

Plays have routinely been made into films, but this decade saw the reverse. Here’s the theory: if they’ve seen it (Dirty Dancing, Evil Dead, The Producers), they will come. Yeah, but not if it’s called Lord Of The Rings.

Oh, and about movies. Who knew 10 years ago that audiences would pack out cineplexes for live broadcasts from the Metropolitan Opera? They’re so successful that companies like Stratford, the National Ballet of Canada and England’s National Theatre have tried to squeeze in screenings, although they aren’t yet doing the live-to-air thing.

The 2000s also emerged as the decade when artists realized they could go way beyond the Fringe. Witness The Drowsy Chaperone’s Broadway success (five Tony Awards) and Da Kink In My Hair’s London engagement and TV sitcom deal.

Besides Drowsy’s artistic team, homegrown talents like Michael Healey and Judith Thompson won international acclaim. At one point, Healey’s The Drawer Boy was the most-produced play in regional U.S. theatres.

And think there’s no money in the performing arts? Welcome to the Siminovitch Prize, the richest theatre award ($100K, $25K of which goes to the winner’s protege) in Canada. 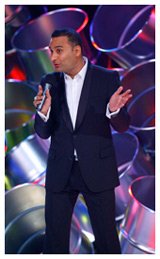 While the digital revolution hasn’t changed theatre much – sure, we can buy tickets online – it’s revolutionized comedy. Brampton’s Russell Peters increased his fan base exponentially thanks largely to social media sites, eventually becoming the first comic ever to sell out the Air Canada Centre.

Today’s comics need a viral YouTube video. Or, like former local sketch artists Samantha Bee and Jason Jones, get spots on one of the most influential shows of the decade, The Daily Show With Jon Stewart.

Reality TV, a defining pop culture feature of the decade, helped boost careers of local talents like Debra DiGiovanni and Gerry Dee (both on Last Comic Standing) and got Andrew Lloyd Webber to successfully solve a problem like Maria with Elicia MacKenzie.

Increased diversity defines the decade, too. In theatre, fu-GEN (Asian), Carlos Bulosan Theatre (Filipino), Obsidian (black), Aluna and Alameda (both Latin American), AfriCan Theatre Ensemble (African) and others have changed the landscape, as have comedy acts like Asiansploitation, Allah Made Me Funny, Fade to Brown and The Most Races Show On Earth.

Toronto’s become festival central. We added these events to our already packed calendar during the 2000s: Luminato, Just For Laughs, Toronto Sketch Comedy Festival. All we need now is a world-class dance festival.

Not all the drama’s been onstage. At Stratford, a triumverate of artistic directors (Des McAnuff, Marti Maraden, Don Shipley) was quickly whittled down to one (McAnuff), while the decade began and ended with two big legal cases: ballerina Kimberly Glasco’s out-of-court settlement with the National Ballet and impresario Garth Drabinsky’s sentencing.

Speaking of the National, James Kudelka’s resignation paved the way for Karen Kain to sharpen its artistic vision.

And while many theatres closed up shop (Artword, Diesel), others opened (Four Seasons Centre, Young Centre, Absolute Comedy, Panasonic, Comedy Bar). Which is as good a way to end the decade as any.