Clearly, the economic downturn hasn't affected the number of shows - or their size (taken together, the epic top-two shows. 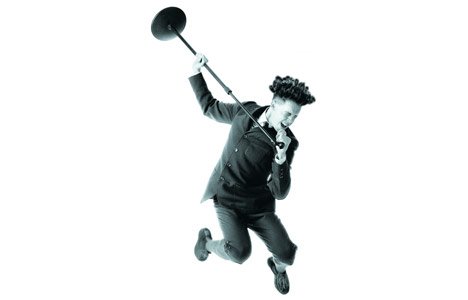 Clearly, the economic downturn hasn’t affected the number of shows – or their size (taken together, the epic top-two shows clocked in at a whopping 23 hours). That said, some of the most powerful works were intimate solos. And happily, new Canadian work makes up half this list.

Robert Lepage and his company kept lucky Luminato ticket holders glued to their seats for all nine hours of this epic journey about family, language and finding one’s voice. During the multiple intermissions, audiences found their voices, marvelling over Lepage’s technical brilliance, storytelling skills, the actors’ versatility… but mostly comparing notes about what was going to happen next.

Ned Dickens’s seven-play cycle tracing the history of Thebes was first performed by theatre schools across Canada and then brought to Toronto for an extraordinary weekend that highlighted transnational artistry. An epic of thrilling proportions, the cycle was an important, historic presentation on several levels.

Anton Piatigorsky’s mystery about a lost and found manuscript, like its central metaphor, kept sprouting narrative heads. The result was an endlessly fascinating puzzle, beautifully assembled by director Chris Abraham and a fine cast. This is one literary play we’d be happy to see – and read – again.

Nicola Lipman gave energy and grace to Joan MacLeod’s nuanced play about a self-sufficient senior waiting to move into a home with her husband. The storytelling in this simple, eloquent script had the richness of poetry and the strength of bedrock.

Soulpepper’s revival of this 30-year-old Canadian classic was especially poignant since writer/performers Eric Peterson and John Gray are now in their 60s, the same age the play’s WWI-flying-ace hero was when he passed away. The theatre veterans – including director Ted Dykstra – proved that age brings wisdom, and a knowledge of how to deliver a line or note and simply make it soar.

Magic realism filters through Michel Marc Bouchard’s tale of a village priest whose plans for a fresco that will protect his congregation from Spanish flu go awry. Rich performances and Eda Holmes’s fine direction captured a bygone era and the script’s humanly imperfect characters.

Producer/performers Warren Kimmel and Peter Huck gathered dozens of Toronto’s finest musical theatre performers to offer a sampling of Stephen Sondheim’s extraordinary oeuvre in three jam-packed, varied concerts – a reminder that Sondheim is the most creative force in the business.

Spring arrived with a raucous roar, thanks to this touring production of Steven Slater and Duncan Sheik’s inventive update of the Frank Wedekind classic. Combining modern melodies and lyrics, period clothing and the energetic choreography of dance great Bill T. Jones, the production was – like the title of one of its songs – Totally Fucked. In a good way.

Blending live projections with Jean-Paul Sartre’s classic text, two Vancouver companies helped celebrate Nightwood’s 30th anniversary with a stunning, utterly engaging production that made the nondescript valet character central to the action and used almost every inch of the theatre.

Chris Craddock’s solo about a man’s complicated history was a bravura bit of theatre, not just in its text and performance but in its split-second lighting cues, controlled by the actor in what looked like an electric chair. During one performance, a bulb blew, and Craddock was so on his game, he readjusted without a loss of brilliance.

HARDSELL (Necessary Angel/CanStage/Wyrd Productions, Apr 13-May 9) We weren’t sold on this rare misstep by Rick Miller and Daniel Brooks.

HAMLET (Necessary Angel/World Stage, Nov 17-29) We’re all for experimental approaches to the Bard, but something was boring (not really rotten) in the state of this Denmark.