This year's best theatre artists are a diverse bunch, ranging from jet-setting superstars to indie talents who operate behind the. 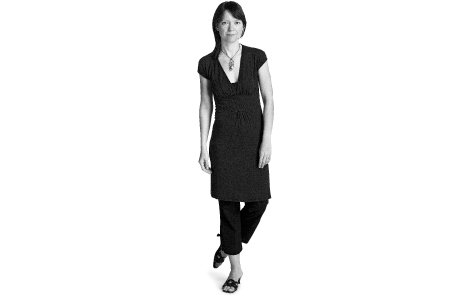 This year’s best theatre artists are a diverse bunch, ranging from jet-setting superstars to indie talents who operate behind the scenes.

Warm, generous and focused, Calnan had a stellar year, beginning with her portrayal of various sharply observed characters in remounts of Katherine Mansfield and the outrageously comic Appetite and finishing with a brief but memorable turn in Antigone. But she shone most brightly in Greenland as an angry wife isolated from her family.

Avoiding the conventional and expected, Chau creates worlds that transform even the ordinary: a seaside house becomes an increasingly secretive series of rooms (Someone Is Going To Come), a ghostly vaudeville show highlights a woman’s loss (Almighty Voice And His Wife), corrugated metal sheets limit the world of two prostitutes (Gas Girls), and a cruciform design blends Biblical and classical worlds (Talking Masks).

It took 15 years for playwright Dickens to get a staging of his seven plays about the history of Thebes, City Of Wine, but the production overseen by nightswimming proved an epic work with a solid mix of mortal and divine characters, written with a poetic sensibility that explored the thorny, complicated nature of myth, hubris and heroism.

Winner of the 2004 Siminovitch Prize, Newfoundland-based Keiley has worked far too rarely in Toronto, but this year two productions revealed the kinetic energy she draws from scripts and actors. AfterImage literally electrified the set in a tale of a family of outsiders, while Fear Of Flight combined the work of various playwrights in a striking series of character sketches aboard a rocky flight across Canada.

Is there any new artistic direction this company, founded by Cathy Murphy and Autumn Smith, won’t explore? Focusing on Irish theatre, the pair wowed audiences with a workshop of The Rake’s Progress, then staged Enda Walsh’s intense, surreal bedbound and finished off with the site-specific Teacht i dTir, a mesmerizing look at Irish immigrants to Canada.

Billon’s plays should have more Toronto exposure, but maybe they will after his successes with The Sicilian, a bright, comic adaptation of a Moliere one-act, and Greenland, a richly textured script about a family moving apart as surely as the ice floes studied by the scientist paterfamilias.

Robinson offered a trio of performances in contemporary and classic scripts. First she became a novelist and also a mesmerizing liberated slave in Eternal Hydra, then gender-jumped as a female Prospera in a rendition of The Tempest and finally turned into manipulative ice queen Condoleezza Rice in Stuff Happens.

One of Canada’s best-known actors, largely for his TV work, Peterson is a flawless performer who grabs an audience’s attention even when he’s not centre stage. He was a cold Polonius in Necessary Angel’s Hamlet, and earlier, at Soulpepper, he played a weasely real estate agent in Glengarry Glenn Ross, won warm laughs in Of The Fields, Lately and reprised his amazing flying hero in

Even if his ambitious productions are sometimes flawed, there’s no other Canadian theatre artist as inventive as Lepage. This year we were treated to two of his amazing shows: Lipsynch, a nine-hour extravaganza in which linked characters dealt with voice, communication and connection, and The Nightingale And Other Short Fables, a puppet-based tour de force that combined Stravinsky music and a water-filled orchestra pit.

Hay lit up two productions at this year’s Shaw Festival, demonstrating dramatic and comic skills in the triple bill of Brief Encounters: as a sad, rejected lover in Still Life, an infatuated wife in We Were Dancing and a vapid socialite in Hands Across The Sea. But it was as Born Yesterday’s Billie Dawn, a naive mistress who gets an education in romance and ethics, that she gave one of the year’s most bubbly and moving performances.