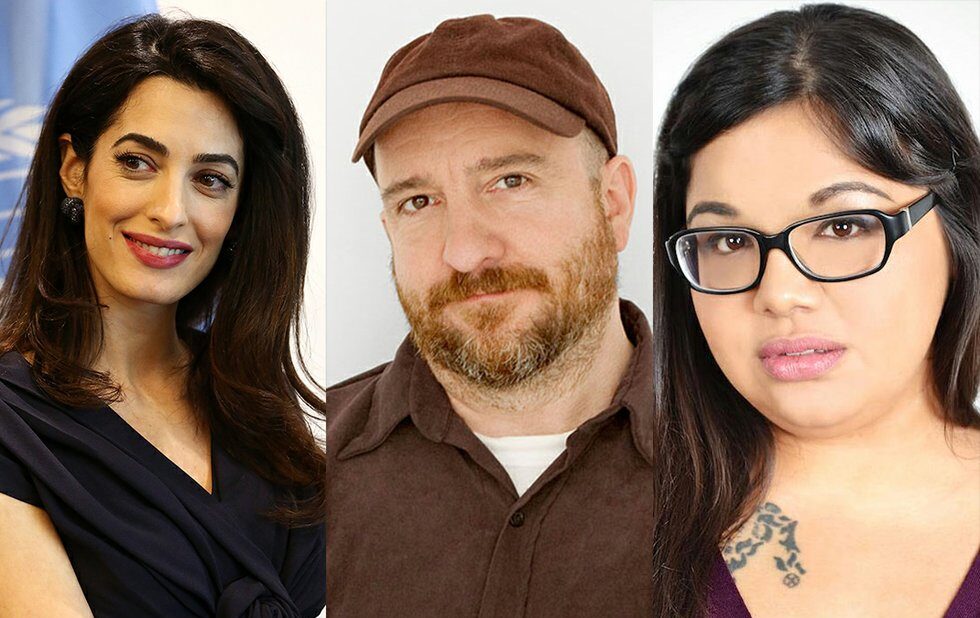 Pussy Riot’s Maria Alyokhina, human rights lawyer Amal Clooney and pop group The Magnetic Fields are among the artists and speakers coming to Toronto for Luminato.

The multidisciplinary art festival’s 2018 edition, which runs from June 6 to 24, will feature 29 shows, many of which will have equity and human rights themes.

Alyokhina, one of the anti-Putinist Russian political activists jailed amid international outcry in 2012, is teaming up with Belarus Free Theatre on the theatre piece Burning Doors. The show had its New York debut last year, and is based on stories about persecuted artists by Alyokhina, performance artist Petr Pavlensky and Ukrainian filmmaker Oleg Sentsov.

Buzz-y Canadian artists with shows at Luminato include actor/playwright/director Liza Balkan whose documentary theatre piece Out The Window has been in development through the festival’s Resident’s Project. Produced in partnership with the Theatre Centre, the show springs from Balkin’s experience in the justice system after witnessing a man die following an altercation with Toronto Police.

Out The Window will be complemented with three community forums, including one curated by Black Lives Matter Toronto cofounder Sandy Hudson.

One of NOW’s 2017 theatre artistss to watch, Yolonda Bonnell, will world premiere her solo show bug, a reflection on cycles of abuse and addiction among Indigenous women.

In all eight shows this year are collaborations between the festival and local arts companies.

The festival will kick off with Irish dance and theatre-maker Michael Keegan-Dolan’s adaptation of one of the world’s best-known ballets, Swan Lake/Loch na hEala.

Hot Docs Ted Rogers Cinema will host a program of films about influential women, including Antia, Bhutto and Madonna: Truth Or Dare. The feminist theme continues in No Going Back: Future Feminism, a town-hall discussion featuring artists and activists.

Music will be represented in the Luminato program with Instruments Of Happiness, a tribute to late Beatle George Harrison by 100 guitarists  led by Montreal’s Tim Brady and hundreds of Ukelele students. That show takes place at Brookfield Place on June 16.

For the full lineup, check out the Luminato website.