In a new Hot Docs lecture series, Come From Away producer Michael Rubinoff discusses the creation of 11 well-known Broadway shows 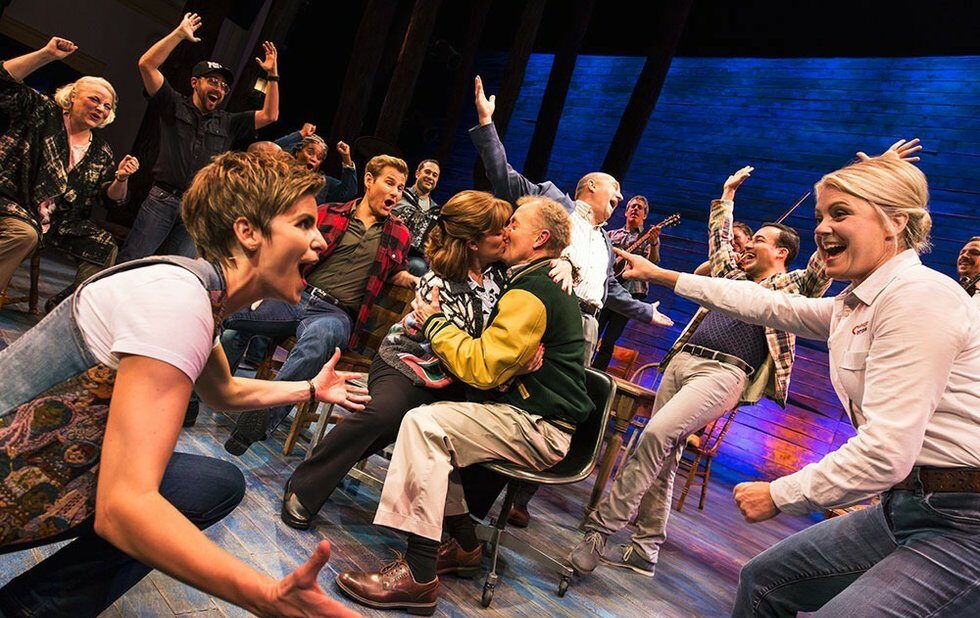 The Magic of Musicals' Michael Rubinoff helped develop the Tony-winning Come From Away.

Theatres may currently be closed, but a new digital lecture series at Hot Docs should satisfy that yearning for big musicals, which have been hit hard during the pandemic.

The six-part, six-hour Magic Of Musicals series – part of Hot Docs’ Curious Minds Speakers Series – includes deep-dive discussions into 11 well-known musicals, everything from West Side Story and The Sound Of Music to A Chorus Line and Les Misérables.

The person delivering these lectures – Michael Rubinoff – is a musicals aficionado. After all, he helped develop and produce one of the 11 big shows: Tony Award-winning Canadian musical Come From Away.

“An audience comes with a familiarity to these shows, which feel complete, like well-oiled machines,” says Rubinoff, the Olivier Award-winning producing artistic director of Sheridan College’s Canadian Music Theatre Project (CMTP), where Come From Away was first developed.

Looking at how shows were created

“When you’re in your seat and that curtain goes up, everything looks and sounds perfect, but there’s so much that has led up to that moment,” continues Rubinoff. “I felt it would be interesting to show people how these shows were created. I wanted to cover them from a producer’s perspective and get to the excitement and messiness that went into creating these musicals people know really, really well.”

One of the joys of his job at CMTP, says Rubinoff, is getting to hear demos of songs for the first time.

(Full disclosure: Rubinoff is a friend and I have attended a few of his Tony Awards viewing parties; I’m also a minor investor in Come From Away, which I first saw in workshop form at CMTP.)

What Rubinoff wanted to do was approach this six-part history of musicals (which covers 60 years) through two lenses.

“Obviously, I wanted to look at it through the lens of being part of this bit of Broadway history,” he says about his Come From Away association. “But I also wanted to look at these shows through the lens we’re all looking through now, where there’s a reckoning of systemic racism and the change that needs to happen so that musical theatre becomes a much more equitable form.”

One of his most exciting stories concerns Ken Harper, the producer of The Wiz, the 1975 Black musical adaptation of The Wizard Of Oz.

“Ken’s story is one of the most exceptional stories of commercial producing I’ve ever heard,” he says.

Harper was a 34-year-old executive and DJ at a New York City radio station who quit his job to pursue the idea of turning the beloved movie into a TV special with Black actors. When that didn’t happen, he switched gears to turn the material into a musical.

“He was well-versed in top 40 music and understood who was listening to what music at the time, and he really believed it could be a commercial success,” says Rubinoff.

Seeking funding, he was turned down by everyone until he got his foot in the door of someone at the film studio 20th Century Fox, who put up $650,000. Out-of-town tryouts were a disaster, but Harper replaced the director and changed one of the leads. But there were almost no advance sales on Broadway, and things were so dire that the company posted a closing notice on the show’s opening night.

And then there were the reviews, which Rubinoff says had undeniable racist undertones. But Harper rallied the Black community, did a marketing blitz – including rare TV commercials – and eventually the Black community got behind the show. Within a few weeks the shows were selling out. The Wiz eventually won the Tony Award for best musical and ran for years.

“As we are re-examining and refocusing the lens, I think Ken’s legacy is an important one to amplify.”

Other stories Rubinoff tells include spats between Dreamgirls’ director/choreographer Michael Bennett and a then-unknown Jennifer Holliday; how John Kander and Fred Ebb wrote 60 songs for Cabaret, but only used 15; and a look at the iconic openings of West Side Story and A Chorus Line, which were originally radically different.

“I wanted to show that you just have to work well with the team and the best idea wins,” says Rubinoff. “You need to test the material to see what’s working and learn from failures. That’s what Broadway has been doing for decades – and will continue to do.”

Since the series is limited to six lectures – the first five consisting of two musicals each and the final devoted to Come From Away – Rubinoff obviously couldn’t cover every show he wanted to.

Rent, which recently celebrated its 25th anniversary, was one he couldn’t include; another was Ragtime, which had a connection to Toronto because the Livent production began here. If he does the series again, or presents a sequel, he may focus on shows that weren’t successes, or that achieved success in later productions.

As far as Come From Away is concerned, the Australian production in Melbourne was one of the first large-scale musicals to return in the English-speaking world thanks to Australia’s strict COVID-19 protocols and contact tracing measures. (The cast and crew are regularly tested, the audiences is asked to wear masks and the crowd is capped at 85 per cent capacity.)

The Broadway production of Come From Away is going to be taped this May for a feature film release.

Having studied 60 years of musical theatre for this series, Rubinoff is optimistic about the future of musicals, especially around inclusivity and the application of digital tools to live performance.

“It’s all about telling compelling stories, and having compelling reasons to tell these stories with music,” he says. “As you increase the diversity of that storytelling, that will advance the form because you bring in all these different histories and cultures and traditions of telling stories. And that’s what’s going to keep an audience engaged. That’s going to bring new people into the theatre, which is so critical as we move forward.”

The Magic Of Musicals: Broadway’s Biggest Hits streams at Hot Docs at Home until September 30