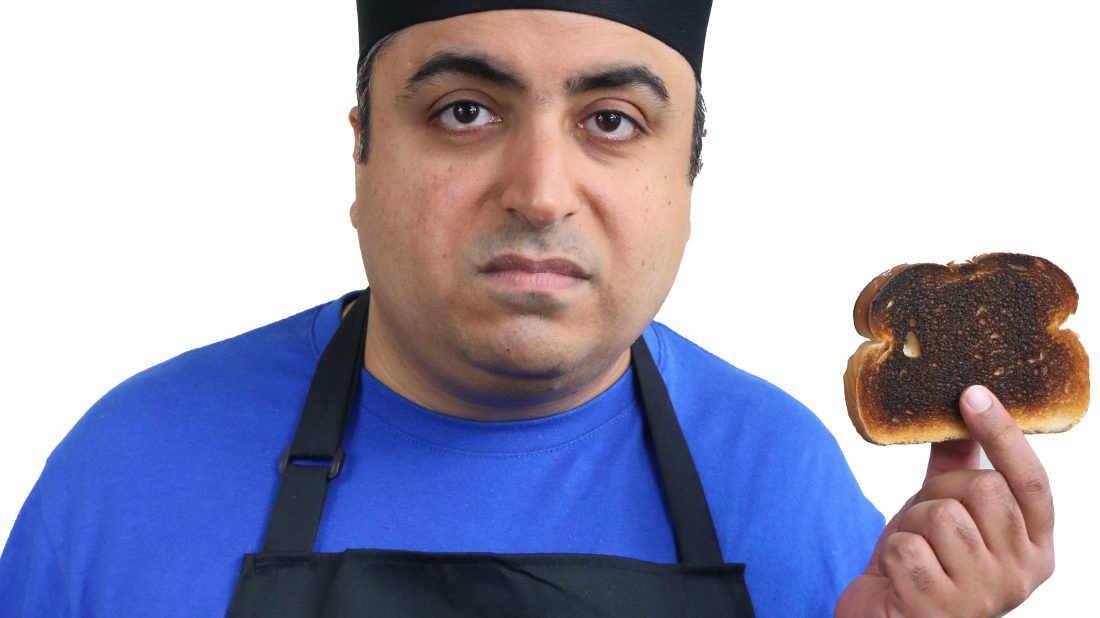 Courtesy of Next Stage Festival

You might not want to watch Himanshu Sitlani’s Stories Of A Dish on an empty stomach.

Although the show isn’t being performed live because of the pandemic, this charming digital version will still get your mouth watering.

Writer/performer Sitlani takes us through a brief history of his love of food. Among other things, he discusses the origin of butter chicken, explains why the phrase “naan bread,” like “chai tea,” is redundant, and presents a very convincing culinary case for the instant ramen product Maggi.

Along the way, he also touches on the fact that his mother and grandmother want him to meet a nice girl and marry; if he had a wife, they argue, he wouldn’t have to learn how to cook.

There’s a choppy, sporadic quality to the show, which is understandable since much of it is drawn from episodes of Sitlani’s Stories Of A Dish video series on Nautanki Bazaar’s Instagram and Facebook pages.

But there’s also a serious core in a powerful section about how he and his family encountered racism from their apartment neighbours and superintendent when they first emigrated to Canada. You won’t hear the word “curry” in the same way after this story.

And whether he’s showing you how to make paj bhaji or recounting a story about a memorable train trip, Sitlani makes a genial, energetic narrator.

One of the more intriguing aspects about this version of Vivian Chong’s The Sunglasses Monologue is that it was taped at a live theatre. So the (masked) audience’s reaction adds a lot to the experience of watching it on a screen.

Not that Chong’s story isn’t compelling as it is. Back in 2004 while on vacation in the Caribbean, Chong got sick and a friend gave her an ibuprofen. She had an extremely rare reaction to the medication and was flown to Toronto, where she was put into a medically induced coma. When she woke up, she began suffering from internal burns – her organs were burning from the inside out – and gradually she lost sight in both eyes.

This solo show is about how that event changed her life, made her confront her biggest fears and inspired her to reinvent herself and become an artist.

The script could use editing; characters in the story appear and then disappear, with little explanation, and the dramatic structure could be sharpened. The use of songs is also uneven; Chong doesn’t have the strongest voice, and the lyrics verge on banal.

But the writer/actor’s spirit and optimism are infectious, and she easily rouses the audience to participate throughout. Plus, a guest appearance near the end is adorable.