There’s no more immediate political theatre than the. 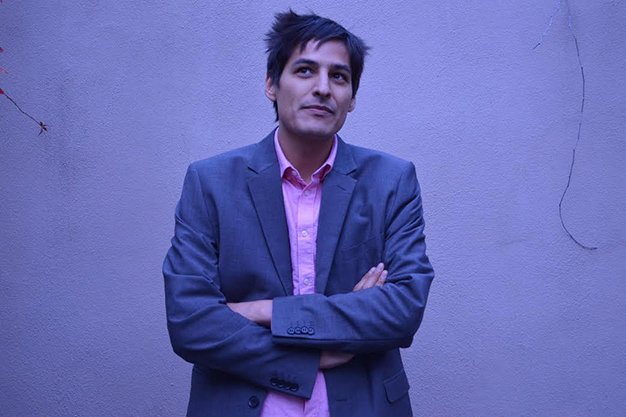 There’s no more immediate political theatre than the sort devised for the Wrecking Ball series, founded in 2003 by director Ross Manson and playwright Jason Sherman to put hotly debated current events on the stage.

The 17th Wrecking Ball, presented in association with Native Earth Performing Arts, deals with the topic of occupation, both in terms of contested occupation of land and cultural imperialism across the globe.

The show on Monday (December 8) features the work of writers Cliff Cardinal, Misha Shulman (to be directed by Soheil Parsa and performed by Paul Braunstein, Lucy Hill and Sam Kalilieh), Samer Al Saber (who’s also performing), Yvette Nolan with Ryan Cunningham and Rosamund Small (a piece to be directed by Michael Wheeler).

There will also be contributions by rap artist En Lai Mah and musician Aqua.

You can’t hit December without being offered a number of holiday family shows. In addition to the upcoming Nutcracker, Young People’s Theatre has opened its musical version of Roald Dahl’s children’s classic James And The Giant Peach.

Then there’s Dickens’s A Christmas Carol. Soulpepper has revived its fine version of the tale, adapted and directed by Michael Shamata and again featuring one of the best of grumpy-become-joyful Scrooges, Joseph Ziegler. See soulpepper.ca for dates and times.

Running during the next week – and sometimes beyond – are a number of other takes on the story.

Humber River Shakespeare takes out its version of the tale for the sixth time, touring around Toronto and points north and west.

Don’t feel limited to Dickens for kids’ shows. Cow Over Moon Children’s Theatre’s annual presentation is an updated Hansel & Gretel, in which the sibs who seem permanently attached to their iPhones and iPads have to use their wits rather than technology to reach the enchanted gingerbread house.

Look for song and dance as well as audience participation in a show that features comic and musical talents, including Michelle Thibodeau, Faisal Butt, Gene Abella and Carys Lewis.

Shows run this weekend at the Red Sandcastle Theatre on Queen East and next week in Mississauga. See listing.

At the end of SummerWorks last August, artistic producer Michael Rubenfeld teased us with the announcement of a new mid-winter festival that SummerWorks would be producing.

Dubbed Progress, the international festival of performance and ideas will debut in partnership with the Theatre Centre from February 4 to 15.

Included are six shows from around the world, along with five free artist workshops and talks. Nine companies were involved in curating the programming.

Look for Marathon (Israel), in which three people run in a circle and, in the process, “reveal the wounds of contemporary Israeli society.” Performance-lecture The Messiah Complex 5.0 (Canada) investigates the idea of religious evolution from a queer perspective. Its springboard is the Harlow experiments, which studied infant relationships by giving monkey mothers cloth and wire surrogates of their newborns.

In D-Sisyphe (décisif) (Tunisia), a construction worker meditates on his life. The intimate Margarete (Poland) has 16 audience members sit down to tea or coffee with creator and performer Janek Turkowski in a show that offers a reflection on lost and found.

Cine Monstro (Brazil) is a Portuguese version of Daniel MacIvor’s solo show Monster, with director/performer Enrique Diaz taking on the script’s various characters. Silent Dinner (Ireland/Canada) is an eight-hour durational performance piece in which 10 people, some deaf and some hearing, prepare, cook and eat a dinner in silence, followed by the audience’s participating in dessert and conversation with the artists.

Additional programming includes Make. Make Public., Dancemakers’ creation workshop in which people from any artistic background are invited to join in collaborative, dance-derived processes. Alex Bulmer and Sarah Garton Stanley will facilitate Dramatic Action – The Republic Of Inclusion, a provocative discussion about the state of inclusion in our theatre community.

Other panels and artist talkbacks will be announced closer to the festival.

What do you get when two of the city’s cultural institutions – the Second City and the Toronto Symphony – meet? Lots of laughs, and some some pretty great music, too.

Titled The Second City Guide To The Symphony, the two-performance run last weekend (November 29 and 30) was a huge hit and answered such questions as: Does the incidental music in your life affect your mood? Did J.S. Bach’s many kids ever compete with each other for jobs? And what does the TSO’s musical director, Peter Oundjian, look like wearing a hoodie?

Colin Mochrie was a superb MC and also popped in for some sketches, including one of the show’s standouts about a clarinet player who’d lost his reeds. This was physical comedy at its finest.

Ashley Botting and Marty Adams scored big laughs as a couple out on a blind date going to the symphony. And Matt Baram was wickedly amusing playing Gustav Mahler working as an ad exec on a Levi’s jingle.

Other memorable sketches took on various types of symphony patrons, and the second act opener took the idea of audience participation to a whole new level.

The musicians were game for it all, and although some context could have helped for their stand-alone numbers – overtures by Mozart and Glinka – the event was a great mixing of genres.

Let’s hope this is the first of many such collaborations.

You can catch a novel combination of artistic styles this weekend at the Big Band Tap Revue, which explores the evolution of big band music and tap dancing.

Look for an evening that includes the classic swing of Count Basie and Oscar Peterson as well as pop and hip-hop and the works of Thad Jones and Hugh Fraser.

For the past several years Fly on the Wall Theatre has been presenting reading of plays, many of them contemporary Irish works.

The series continues with a workshop performance of Conor McPherson’s The Good Thief, in which a small-time criminal finds himself on the run after a job goes wrong, pursued by his bosses, the police and maybe the IRA.

David Mackett performs under the direction of Rod Ceballos.