NOW MagazineCultureStageOh What A Lovely War

Oh What A Lovely War 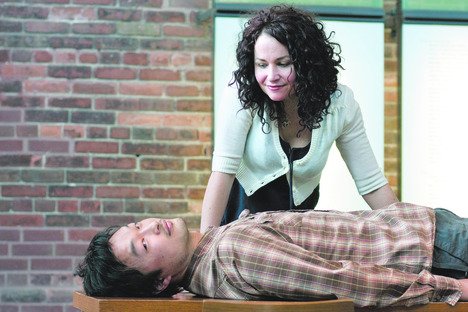 Oh What A Lovely War may be the bravest piece every ever written about the First World War, in which 10 million lives were lost.[rssbreak]

Back in 1963 – within living memory of the Great War – Joan Littlewood and her collaborators recreated the story of Great Britain’s war involvement as a music hall show, complete with period songs and actors as white-garbed, white-face Pierrot figures.

Soulpepper’s production finally puts the spotlight on the Soulpepper Academy, who for the past several months have been working on Chekhov’s The Cherry Orchard with Daniel Brooks and Greek drama with Weyni Mengesha.

In Oh What A Lovely War, the Academy joins Soulpepper regulars Michael Hanrahan and Oliver Dennis and other musical theatre performers including George Masswohl and Alison Jutzi.

“I had to read the script five times before I could wrap my head around it,” admits Academy member Raquel Duffy. “I couldn’t visualize it until I heard the music, because what do you make of a group of clowns in white telling a war story?

“What begins as nice fluffy songs in a music hall, even with a touch of satire, soon turns into a tale set in the trenches, played realistically.”

“It has the feel of Top Gun: The Musical,” adds fellow Academy artist Ins Choi, “or war-themed pieces like Les Miz and South Pacific. Here, though, all the music is period, with songs like It’s A Long Way To Tipperary and Keep The Home Fires Burning.

And while at first the show plays on national pride, patriotically encouraging people to enlist, by the end its tone is deeply anti-war.

“Over the course of the production,” offers Duffy, a Maritime actor who’s performed at Stratford, “the audience watches the significance of a country’s youth being sent to war and how that affects people on a personal and national level.”

Working with director Albert Schultz and musical director Marek Norman, every actor plays multiple characters and at least one instrument. The Academy’s a notably musical group, as they proved in last fall’s e.e. cummings cabaret show.

“This is a true ensemble piece,” notes Choi, who’s worked with fu-GEN and at Stratford. “We sing a lot, some of it a cappella with a marching band feel.”

But this war largely involved men. What about the women?

“It’s true they’re not as busy,” says Duffy. “But they’re the people who encourage the men to enlist, and they end up working in the factories at home and as nurses at the front.”

You’d think clowns might not be the ideal figures to tell a war story, but Choi feels differently.

“This is a piece that begins with a bunch of happy clowns and ends up with the same group stripped of their naïveté. It’s a perfect parallel to the patriotic British at the start of the war and the disillusioned Brits at the end.”

“I’m always teary by the end, because it’s so heart-wrenching,” adds Duffy. “I don’t think the show would be so effective if it were a conventional war play.”