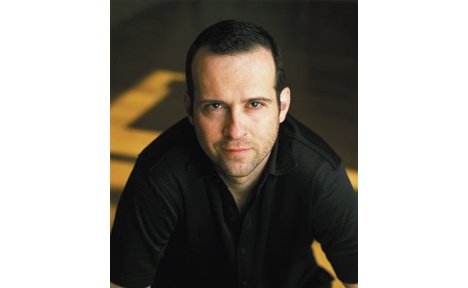 What’s an opera without a good villain? Verdi’s Otello, based on Shakespeare’s play, features one of the best baddies in Iago, the jealous lieutenant who spins lies out of a misplaced handkerchief.[rssbreak]

Texas-born baritone Scott Hendricks, last seen at the Canadian Opera Company in the fine Don Carlos, gets ready to battle the Moor in the company’s production of the masterpiece. See Listings.

Baritones are often evil dads or brothers. Does it bug you that your guys seldom get the girl?

My onstage characters may seldom get the girl, but offstage….

How many languages have you sung?

English, obviously, but I can get by very well in German and less well in Italian.

Iago’s Credo is one of the opera’s big moments. What goes through your mind during that scene?

It changes each time. The focus point is how pitiful existence is and how useless it is to hope that there’s something better beyond the grave.

Favourite use of opera in pop culture?

I don’t really have one, but my friends Mark Grey, Jim Lowe and I would make the best opera/rock band ever. No one would come close.

I’m not sure. I’ve gone once, and the theatre was packed. I can’t imagine walking offstage and having someone stick their movie camera halfway up my ass wanting to know how I feel about the scene I was just in. Now, I would like to be a part of an opera movie.

Any ideas for a great contemporary opera?

1) A good western, 2) Dracula, or something vampire-related, 3) an immigration story, uprooting yourself against the odds to make your life better.

You were in Toronto for Don Carlos. What’d you do in your spare time?

I listen to a lot of music, usually world music or alternative. I just bought Bob Mersereau’s The Top 100 Canadian Albums. So I’ll probably listen to the entire list between now and our final performance on February 28.

It’s cold and flu season. Any tips for avoiding them?

Dude, I’m from San Antonio, Texas. You should be the one giving me tips. I’ve already been to the doctor once for what felt like bronchitis, and I’m almost out of zinc and echinacea already.