Outside the March offers a season of hope 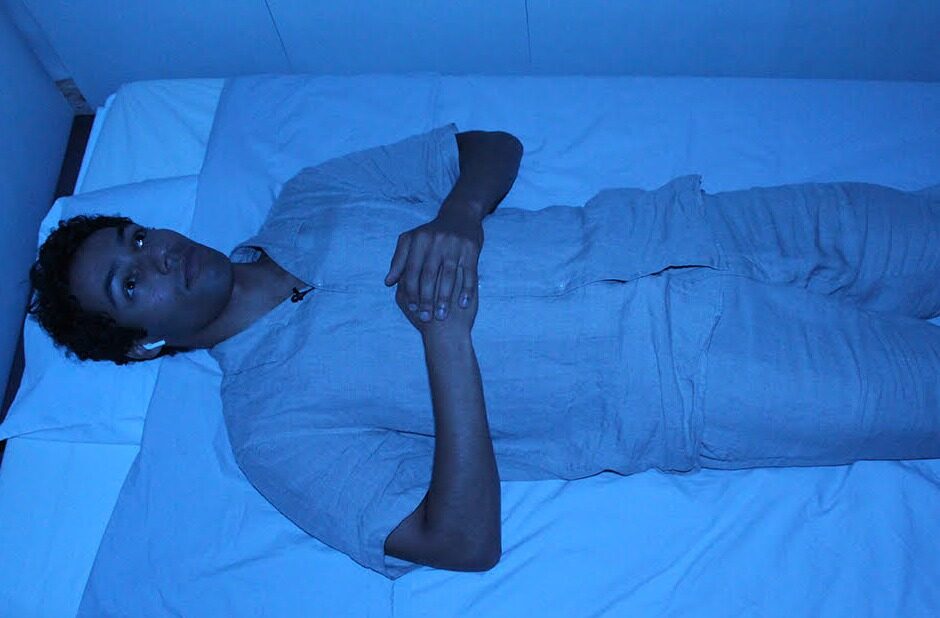 Courtesy of Outside the March

Sébastien Heins takes on a new role with Outside the March and premieres his live theatre video game this season.

“Immersive” and “interactive” might seem like scary words these days. But theatre company Outside the March, known for providing innovative, immersive experiences, is forging ahead with a full slate of exciting offerings this year – both online and in person.

The company’s 2020/21 season includes: three solo shows presented both live and in digital platforms; an anthology of interactive Zoom plays (where the audience can be part of the action); four commissions from exciting emerging artists that will come to fruition when audiences can (hopefully) interact again; and a site-specific wedding ceremony in which the actors are encased in protective bubbles.

“We’ve never presented a season announcement before, but oddly it seems like the right time for our first,” says artistic director Mitchell Cushman. “This feels like an act of hope, as if we’re willing something into existence. There’s a feeling of ‘Come hell or high water, these things are going to happen.’”

The solo shows – grouped under the title Solo Together – include two remounts and one world premiere. All three deal with aspects of mental health and emotional well-being, something we’re all grappling with these days.

“These pieces and the themes they explore feel very right for this moment,” says Cushman. “We’re living in a very dynamically shifting world. You can’t make firm plans, like, ‘Okay, we’re going to do a four-week run of this thing in this space.’ So instead, we’re ready to share them in a variety of ways over the course of the year and respond to whatever the health parameters are. We want to be pioneers exploring what live performance can mean at this time.”

James Smith’s Lessons In Temperament, his powerful performance piece in which he tunes pianos and discusses his family’s history of mental illness – often at people’s homes – will be performed periodically throughout the season.

“We are exploring what needs to occur for us and audiences to feel safe to do small performances in people’s homes,” says Cushman. “We’ve also been exploring what an outdoor production of it would look like. We may do a couple of outdoor dates before the weather gets too challenging. And we’re finding dates for it in the spring.”

Lessons was to have been part of Stratford’s 2020 season, but that was cancelled because of the pandemic. But the Stratford Festival is one of several theatres lending support to a feature film, which is being made this fall, with Smith tuning pianos in a dozen shuttered theatres. Other supporters include Soulpepper, TO Live and Harbourfront Centre.

Also returning is Stupidhead!, by Katherine Cullen (with songs by Britta Johnson), about Cullen’s experience living with dyslexia. It will be performed at indoor and outdoor venues next spring.

“The original plan – and we may still be able to do it – was to present the show in a learning centre, a tutoring centre,” explains Cushman. “We were chatting with a couple of different spaces in March before the world shut down, with the aim of having Katherine reclaim the space. We’re still seeing if that might be feasible in the spring, with different sized audiences. We’re also exploring what an outdoor production could look like – in backyards or even on a flatbed truck in different neighbourhoods.”

The premiere is Sébastien Heins’s The Itinerary, described as a live-theatre video game, in which audiences can control the action and construct the perfect final day for a character who has 24 hours to live. It happens this winter.

“It was originally conceived to be presented in a socially distanced way, with small groups of audiences controlling the action of a performer who’s in a different compartment from them,” says Cushman. “In the winter, we’re going to be presenting it likely as a hybrid, where some people will be able to play the game live, and others will be able to play it remotely.”

The Stream You Step In is an anthology of original plays written for Zoom to be performed by the graduating class of the University of Windsor’s School of Dramatic Art.

“Like any theatre school right now, they’re trying to figure out what a season of work means for its graduating students right now,” says Cushman. “We arrived on the idea of commissioning four exciting playwrights – Marcus Youssef, David Yee, Elena Belyea and Karen Hines – to write a short piece specifically for Zoom, engaging with the platform and written specifically for the members of the graduating class.”

Audiences will be part of the Zoom screen, and depending on the piece, there will be different levels of interactivity. Youssef, for instance, is going to use the function of breakout rooms pretty heavily, so audience members can follow characters if they like.

“We’ve all had a crash course in Zoom these past few months,” says Cushman, laughing. “And I feel like if work is going to be relegated to a platform like Zoom, we need to organically engage with it.”

The plays will be performed as two double bills in November.

Me Time and Todd Houseman are part of the company’s Forward March series.

Fans of OtM’s immersive experiences like TomorrowLove, The Tape Escape and DR. SILVER: A Celebration Of Life will appreciate the four new commissions in the company’s Forward March program.

The diverse artists were chosen from over 140 submissions received from across the country.

Devon Healey, with Nate Bitton, has written Rainbow On Mars, about seeing the beauty in blindness. Indigenous actor and writer Todd Houseman’s The Children Of The Bear explores growing up on the margins of society, seen through the lens of high fantasy. Jordan Laffrenier’s A New Black Poet is inspired by the fact that poet Langston Hughes’s ashes are buried under the floor of the New York Public Library. And Me Time’s R.A.V.E. looks at reclaiming the dance and rave space in Toronto to make it more inclusive, safe and sober.

Each of the artists will receive $5000 to develop the work over the course of the year, and will be paired with what Cushman calls a co-conspirator, or artist of their choice. Next summer, OtM will provide samples of each work – respecting all health protocols – in a neighbourhood crawl next spring entitled The Pop-Up Experience.

“When we received the applications for the commissions in the spring, we got a range of proposals,” says Cushman. “Some people were understandably thinking about the confines of this current moment. But ultimately the pieces we wanted to support were the ones that were envisioning not what performance was, or even what was happening right now, but what performance could be in the future. And that became the guiding principle.”

Debuting this weekend (September 12) in a park in Barrie is Something Bubbled, Something Blue, Cushman and Anahita Dehbonehie’s site-specific event about how people are dealing with communal ceremonies – in this case a wedding – during the pandemic. The show, produced by Talk is Free Theatre, in association with AtG, is also being filmed so others can watch it later.

In addition to the season news, OtM announced four new appointments. Sébastien Heins, one of the founding members of the company, is now the company’s associate artistic director, new platforms and initiatives; Laura McCallum is general manager, Jeff Ho is company dramaturge and Rosamund Small is artistic associate.

At a time when many arts organizations are going through an existential crisis, how does OtM continue to thrive? Its post-lockdown show The Ministry Of Mundane Mysteries recently wrapped up a five month, internationally-acclaimed run.

“The biggest thing that makes our work possible is our unique creative partnerships, and developing long-term relationships with artists and organizations,” says Cushman. “The artists in the Solo Together series have matured with us over the last five to 10 years. They’ve become active players in figuring out the best way of creating this work.

“[Running a theatre company] is a balancing act, and growth is challenging when we’re trying to think about what just sustaining means,” he continues. “But I think because we have low overhead and we’re not responsible for a venue, it feels like we’re one of the organizations that has some flexibility and possibility to keep supporting artists and actively putting out work at this time. And we feel a certain level of excitement and responsibility to find creative ways to do that.”

Mitchell Cushman Outside the March