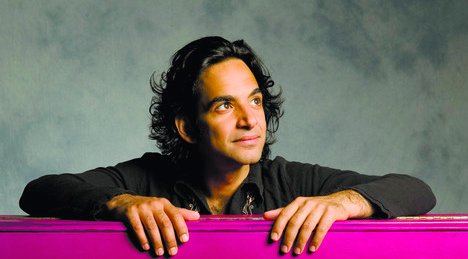 Reza Jacobs, musical director of John Weidman and Stephen Sondheim’s Assassins, feels a little like a high-school band conductor these days. Not only does he lead a four-piece orchestra during the show, but all 13 actors play instruments as well.[rssbreak]

The cast includes some of our best musical theatre performers, including Trish Lindstrom, Martin Julien, Mike Ross, Eliza-Jane Scott and Steve Ross, and others you don’t associate with the genre, like Graham Abbey and Kate Hewlett.

“This production has attracted actors who haven’t performed in musicals before,” says Jacobs. “They’ve been drawn to it because of its words and meaty roles.”

Assassins isn’t your typical musical. It’s a comedy, yet most of its characters are the people who have, successfully or not, attempted to kill various presidents of the United States.

Weidman and Sondheim set the action, sardonically, in a carnival shooting gallery, where everyone has a chance to pop a president and win a prize.

“Adam [Brazier, the director] takes it a step further,” adds Jacobs, also a composer whose most recent work includes sound design for The Madonna Painter and musical direction for two Shaw Festival productions.

“Here, the performers are a band of travelling carnies presenting a tribute to America, albeit a very dirty tribute. We’re not the A-class carnies, not even the B-class, but somewhere around the C.”

“But what’s great about Sondheim is that he can tell stories through his songs, and in doing so combines his own distinctive sound with the period from which he draws. I don’t know another composer who can so clearly project his own voice through the prism of another musical style.”

Jacobs has reduced and distilled Michael Starobin’s original Broadway orchestrations of the show. His goal as musical director was to deal with his cast’s various skill levels some hadn’t played an instrument since high school.

“Most importantly, I wanted there to be a reason that someone played an instrument. It’s not just for the music I want each instrument to be part of a character’s personality.”

And what’s the draw for Canadians to such an American musical?

“So much of what happens down there affects us, either dragging us along or prompting us to harden our position in opposition to what goes on in the States,” says Jacobs.

“Just as importantly, there’s a universal quality in a play that talks about the trust we put in our leaders and the promises they sometimes break.”