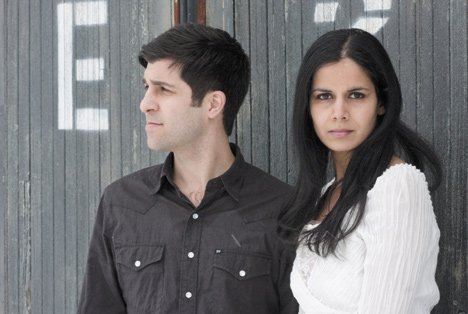 Adults can learn a lot from the stories collected by 19th-century brothers Jacob and Wilhelm Grimm, which consistently offer a complex look at human nature.

The tales are also immensely theatrical, a fact not lost on Theatre Smith-Gilmour’s Michele Smith and Dean Gilmour. A few years ago they collaborated with Humber Theatre students on a Grimm-based show.

The project worked so well that, as part of the company’s 30th anniversary, the troupe has devised GRIMM too. The work stays away from the familiar tales – Cinderella, Hansel And Gretel, for example – and sticks with lesser-known narratives.

“When I read the stories, I see images in my mind,” says Pragna Desai, working with the company for the first time. “They’re elemental, fascinating and go deep into the dark places of our being, especially when they talk about relationships, parents and children, and life’s hardships.”

Adam Paolozza, returning for his fifth show with Smith and Gilmour, agrees about the material’s suggestive nature.

“I’m fascinated that it comes from an oral tradition. There’s something simple about the material, something that helps me connect with the phenomenon of storytelling. It’s central to the gathering of family or community in various cultures.

“Telling these tales in a specifically theatrical form helps link us to an age-old tradition that’s not always observed in our world of TV and electronic games.”

GRIMM too covers some dozen tales, including stories in which a buried child reaches from the grave, the moon is quartered and buried, an aged dog proves his worth and young lovers break a witch’s spell.

As a group, the five performers chose and developed the stories using words, physical characterizations and simple props. The style is one that the company has used magically to dramatize stories by Anton Chekhov and Katherine Mansfield.

Chekhov’s stories, unlike his plays, deal with peasant life there’s a similar rural quality in the Grimm tales.

“Our process began with reading the material and playing with stories in which a character, image or situation jumped out at us,” recalls Paolozza.

“When you start with ‘once upon a time’ and elements of magic, you can fall into the trap of a clichéd or cartoon style. We want to hold onto the humour, action and adventure of the original but not lose its human through line.

“That has to be at the centre,” nods Desai, who studied under Gilmour at George Brown Theatre. “We can interpret and expand on a narrative, but we have to keep it pure.”

Both actors appreciate the time that directors Gilmour and Smith provide to develop the material.

“We work, we take a break to let things settle and then return to work,” says Paolozza. “If there’s a problem, we don’t glide over it, but take time to fix it. What was a solution on Monday doesn’t always work on Thursday. There’s a give and take, a slow process of aggregation as moments come together to make the story.”

“And we keep going back to the most straightforward way of telling the story,” adds Desai. “I don’t have to labour over how to transform myself into a tree or three sisters, each with a different number of eyes. When children play and imagine becoming something else, they just do it by finding a gesture or a way of standing.

“The simplest approach is the best.”