Adaptation of Shakespeare’s tragedy looks at the Macbeths’ private life 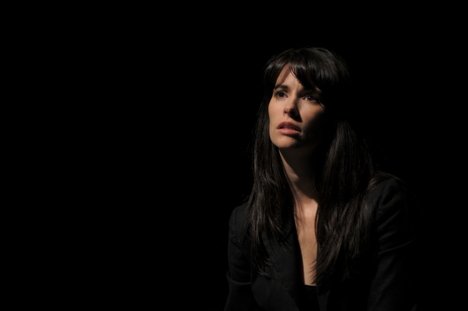 Ever wonder about the dynamics in the Macbeths’ bedroom?[briefbreak]

Director Thomas Morgan Jones has, along with why Lady Macbeth pretty much disappears in the second half of the Bard’s tragedy.

“I’m both fascinated and frustrated by the piece, in part by the lack of clarity in the Macbeths’ relationship and what happens to it over the course of the play.”

The recent Stratford production started Jones thinking about a new look at the play, one that offers a look behind the scenes and gives as much prominence to the couple’s private life as to their public appearances.

The result is Macbeth Reflected, a show that marks a new direction for Theatre Jones Roy, which has scored with two new scripts, Letters To My Grandma and the award-winning Pyaasa.

“We began by exploring the pair’s relationship and especially how Lady Macbeth’s journey mirrors and reflects her husband’s. These people are a couple in love, after all. Despite any individual aspirations or ambitions one person has, when you’re in such a close partnership the other person is always affecting your decisions.”

Working with actors John Ng and Mary Ashton, Jones has taken Shakespeare’s text and sometime reassigned it to the play’s two characters. There’s also a contemporary resonance to the newly devised script.

“We’ve taken massive liberties with the action, presenting the main points of the narrative in different ways sometimes, for instance, what were asides or soliloquies are spoken directly to the other character. That changes both the Macbeths’ relationship and also our understanding of the play.”

Macbeth is still a military man, home from a big campaign and celebrated for his victory. He and his wife are upper-middle class people constantly thrust into high-society public situations.

“It’s important, though, to see them first in the intimate world of their marriage rather than as public personas. We don’t move into the public world until partway through the play, which allows us to realize the masks they put on in that world.

“The question is, do they need masks in the bedroom? And if so, what kind of masks?”

The company realized early on that couples who loom large in people’s consciousness are often romanticized figures – Romeo and Juliet, Antony and Cleopatra, Bonnie and Clyde.

“But then John pointed out there are other couples, like Paul Bernardo and Karla Homolka. It’s important to remember that people like this really were in love and had a life together before the events that made the headlines.”[rssbreak]