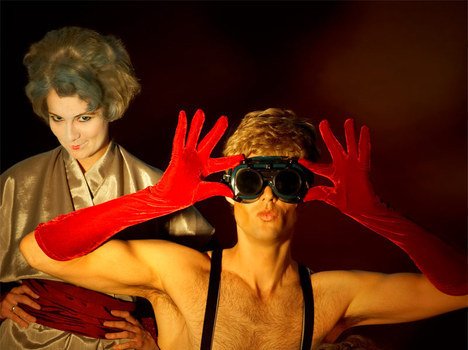 A different kind of clown

Don’t expect any red-nosed balloon-making clowns at Pandemonium Machine, a showcase of performers pushing the boundaries of clown theatre.

The one-night only performance on Monday, Jan. 11, at Theatre Passe Muraille’s Mainspace looks to rip apart assumptions of clowning, giving stage time to an art form rarely given its due.

“This variety show will break out of a traditional mould, and will have a running storyline to connect all the acts,” she adds. Performers include Melissa D’Agostino, K-AMP, Christel Bartelse, Shantelle Simone Landry, Zirco Fish and many more.

Kolpak notes this curated show features seasoned clown acts who have experience engaging audiences with their performances. Pandemonium lets them stretch their creativity and “take it to the next level,” she says.

It’s about time clown theatre earned its own show, she adds. Sure, clown actors win stage time at cabaret or comedy shows, but few Toronto venues take a chance on this art form by itself. “There are so many talented people out there but not a lot of places to perform,” she says.