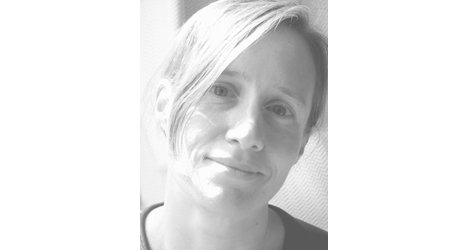 Ever think about the fact that we often wear garments sewn by people we don’t know?[rssbreak]

“It’s pretty amazing that our clothing – the architecture, the housing for our bodies – has connections to individuals we’ll never meet,” says composer Juliet Palmer.

The fact struck both Palmer and librettist Anna Chatterton, who took the image of an anonymous woman sitting at a sewing machine and developed it into Stitch, an a cappella opera sung by three female characters working in a sweatshop.

“Technically, it’s not a cappella,” smiles Palmer, “because we use a variety of sewing machines to create musical sounds. They may be pieces of domestic machinery, but when they operate they make various percussive sounds that support the work of the three singers.

“We play with the distinctive voice of each sewing machine, from the light whirring, whistling sounds of an old-fashioned treadle machine to the chugging sound of a 40s electric machine.”

Created by urbanvessel, the Dora-nominated production had a sold-out run at Free Fall two years ago and returns for a brief stay at the Theatre Centre following a BC tour.

“The piece was developed when we were in residence at the Centre, in fact,” recalls Palmer, who composes chamber music, dance, music theatre and symphonic works.

“During the process we wondered what the inner world of that initial solitary figure might be, what sorts of escapist thoughts she had while doing repetitive menial labour.

“There was a great deal of improvisation, going away to write and then returning to workshop some more. Initially we used large quantities of fabric, but ironically there’s little of it left in the final version. We did a lot of ripping of fabric, primarily for the sound.”

Early on, the company realized they had to remove the needles from the sewing machines.

“At first I thought there would be an enormous amount of sewing, but it turned out to be dangerous to use needles when the three women were singing such challenging music. So now we have the sound of the machines and a refined physical language that relates to the action of sewing.”

Sewing also influences Chatterton’s text, a non-narrative series of songs, duets and trios that rely on sewing vocabulary, the language of creating garments and various types of stitches.

“There’s a richness in words like ‘chain stitch,’ ‘whip stitch’ and ‘lock stitch,’ as well as something really playful in the phrase ‘frog toggle.’

“The words take on new meanings in this context. For instance, ‘Pinstripe is watching our logo’ has a tenseness, with the suggestion of an unseen male overseer in this sweatshop always keeping an eye on the women who are under the gun, working to a deadline and unable to buck the system.

“They are, to use an image from the show, hemmed in by their work.”

Palmer’s music ranges from a hurtin’ country song to repetitive, minimalist numbers that echo the mechanized nature of factory sewing.

“The response to the production has been great, even from people who don’t have the sewing vocabulary. Some audience members have worked in a similar setting and understand the dynamic among the workers.

“But it speaks to people from all different cultures. A Burmese woman told us about women in the marketplace back home who sewed whatever a buyer wanted on tiny hand-cranked machines. Another had memories of working in a sweatshop on Spadina years ago.”

Unlike the duo’s earlier work Slip, a site-specific piece staged in the Harrison Baths, Stitch reflects a woman’s world in both the creative process and finished product.

“For me, the collective nature of Stitch means it’s not like assembling a garment but like making a quilt, with each segment a unique part within the whole.”

The May 29 evening performance is a benefit to fund the Theatre Centre’s development of new works. It’s preceded by a reception and discussion with Palmer and directors Atom Egoyan and Tom Diamond. 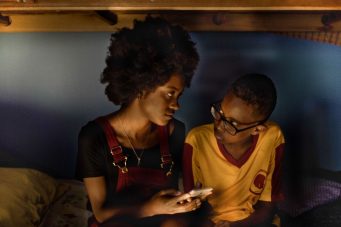