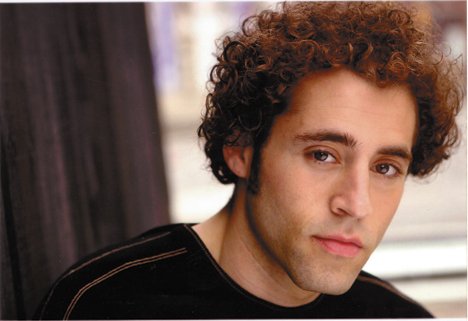 What happens when you say the wrong thing about your best friend’s new girlfriend?[rssbreak]

In the case of Josh and Gordon, the two characters in Michael Nathanson’s Governor General’s Award-nominated Talk, disaster.

The problem begins when Gordon’s girlfriend meets Josh. He’s Jewish, they’re not, and he feels that she makes an anti-Semitic remark.

The two men become embroiled in a philosophical argument over Middle Eastern politics.

“On a deeper level, though, this isn’t about someone’s comment, but rather Josh and Gordon’s 18-year history and the things they can’t get beyond,” notes Michael Rubenfeld, who played Josh in the play’s 2007 premiere in Winnipeg and repeats the role for the Harold Green Jewish Theatre production.

“The play is about ignorance as argument. Neither man knows much about what’s happening in the Middle East, but each feels he has a right to an opinion about it.

“That’s what I love about the play,” he continues. “It mirrors the fact that many people, Jews and non-Jews, think they know what’s right, no matter what their background. It’s in the zeitgeist to share what you think you know.”

“While Gordon moved to London, Josh stayed in Winnipeg. Being from there, I know what that means,” he smiles enigmatically. “He may have had aspirations in his life, but personal demons got in his way. Josh is a single man in his mid-30s, someone with a lot of resentment and pride. The play is about Josh’s loss of a friend who really needs him.”

But the piece is more than a political debate. During the argument, the action switches to an alternative reality in which Gordon and Josh remain friends. It’s a touching foil for the uncomfortably gritty fight.

“That alternate reality is so much fun to play. From one point of view, Talk is a love story that challenges audiences with its emotions and humour as well as its arguments.”

There’s an irony in Rubenfeld’s being cast in it, for he’s currently performing in Yichud, the production about an Orthodox wedding that the Harold Green Jewish Theatre dropped from its season.

“What happened with Yichud was unfortunate, but it’s important to say that I disagree with the decision while still supporting the company.

“It’s brave to program Talk, too, because it has as much potential to offend audiences as Yichud, though in a different context. These days it seems safer to offer counter-views of Israel and Palestine but not of Orthodox Jews. I’m not sure Talk will have the same relevance in a decade.”

Rubenfeld plays vastly different Jewish characters in the two shows in Yichud he’s surrounded by other Jewish actors, while in Talk he’s the only Jew in the room.

“It’s a blessing to do both roles back to back. I’ve never felt more like a Jewish artist.”