NOW MagazineCultureStagePreview: The Lieutenant Of Inishmore

Preview: The Lieutenant Of Inishmore 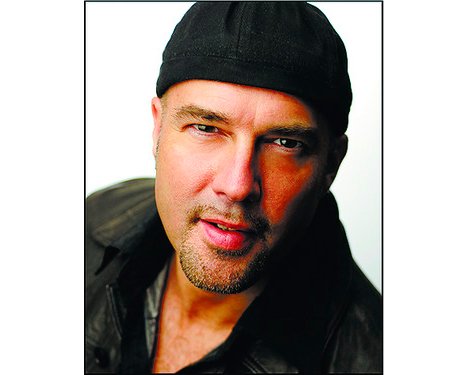 So you’re not superstitious and you don’t believe that a black cat is unlucky?[rssbreak]

Try convincing the characters in the dark and funny The Lieutenant Of Inishmore. In Martin McDonagh’s London and Broadway hit, the murder of Wee Thomas, the beloved cat of violent Padraic, sets his master on a vengeful course that spares neither friend nor family.

“People call him mad,” says director Rod Carley. “He goes off to fight for Irish rights but is too violent for the IRA, even too violent for the Irish National Liberation Army, a splinter paramilitary group. He’s created his own splinter group, trying to bomb chip shops and taking out drug dealers.

“But he really only cares about Thomas, relentlessly pursuing the cat’s killer.”

A pleasant show for the holiday season? Well, it’s actually full of laughs, thanks to McDonagh’s dark humour, proven in plays such as The Beauty Queen Of Leenane and The Pillowman and his award-winning film In Bruges.

“He makes us laugh at our blackest fears,” explains Carley, artistic director of the theatre program at North Bay’s Canadore College. Rep 21, which presents Lieutenant, is the public face of the program.

“If it weren’t for his gallows humour, what unfolds onstage would be unbearable. The relationships he writes about are as intense as those in an Albee play, but he makes us laugh at them. Because of that laughter, the actions onstage become hilarious and all too human.

“That’s one of his gifts: providing the guilty pleasure of laughing at what we shouldn’t be laughing at.”

But it’s the playwright’s narrative style and language that fascinate Carley. The director mentions the exaggerated rural Irish dialect that McDonagh uses, calling him an important storyteller whose work “hearkens back to the long Irish tradition of storytelling.

“He’s a classicist in the way he structures a story, setting up several different plot threads that all deliver a payoff. I see him carrying on the work of O’Casey and Synge, but he’d probably deny it.

“There’s also something of Beckett in him,” he continues. “Both men were outsiders, Irish writers who settled in another country. Two of the characters in Lieutenant, in fact, are reminiscent of Beckett’s Vladimir and Estragon.”

The violence and bloodshed in McDonagh’s plays are pretty gruesome. Lieutenant includes onstage torture and blood, though this production doesn’t emphasize the gory aspect of the play so much as what Carley sees as his true weapon: words.

“McDonagh’s characters are all dysfunctional, disenfranchised and have low self-esteem,” he says. “They try to make sense of a meaningless world and resort to language as a means of attack. Only when the pressure is really intense do the verbal weapons become physical ones.”