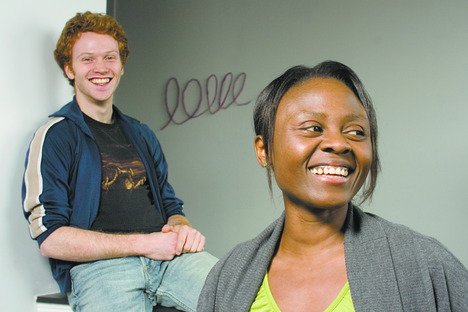 Studio 180 has grabbed Toronto theatregoers with its thought-provoking and disturbing theatre, including plays about a Wyoming town’s reactions to the murder of gay student Matthew Shepard (The Laramie Project) and the tortuous behind-the-scenes politics of George Dubya’s administration (Stuff Happens).[rssbreak]

Now the company tackles the Rwanda genocide of 1994, made familiar by such films as Hotel Rwanda and Shake Hands With The Devil.

But those movies focus on the ethnic genocide in which the country’s Hutu people killed 800,000 people, mostly of Tutsi background, in three months. J.T. Rogers sets his play The Overwhelming early that year, just before the atrocities began.

At the centre of the play is Jack Exley, an American academic who’s arrived with his African-American wife, Linda, and Geoffrey, his son by an earlier marriage. Jack intends to interview his friend Joseph Gasana, a Rwanda doctor at a pediatric AIDS clinic. Swept up in plots and counterplots, the Americans discover that the truth is unclear and you can’t know whom to trust.

“We learned from our research that the two groups had been at each other’s throats for decades,” says Brendan McMurtry-Howlett, who plays Geoffrey. “It began in the 1950s with the Belgian colonial forces dividing them into separate races, which spurred fear and hatred on both sides. The history is a complex one.

“But the playwright is clear not to demonize either side. No one is good or bad. He’s written scenes where you listen to people who foster violence and you understand where they come from.”

“To have an opportunity to be in a play set in Africa is so rare,” says the actor, a published novelist and screenwriter who also has a degree in biochemistry. She made a big impression in the SummerWorks show In Darfur a few years ago.

“The Rwandan genocide is a topic that shouldn’t be forgotten, and the background work we’ve been doing really opened my eyes to its causes and devastating results.”

McMurtry-Howlett, whose parents are both social justice activists, is excited about doing a play in which he blends his political background and his theatre training. You might remember him as the solo actor in the fine Fringe show …and stockings for the ladies.

“Geoffrey is a fascinating character. His parents split up several years before the play, and his mother has recently died. Now the teenager is forced to go with his father and stepmother to Rwanda.

“He’s fiercely intelligent and totally out of his element as a young man figuring out what it means to be a grown-up.”

Atabong has a different challenge as an actor, having to make a strong impression as Elise in a mere three scenes.

“It’s significant that she’s Hutu and Joseph is Tutsi. She’s the only one who really talks about Hutu and Tutsi animosity.

“Elise would stand by her man until death, in a country where in many interracial families the Hutus killed their Tutsi relatives. Ironically, the audience never sees husband and wife onstage together.”

Intense and cinematic in style, The Overwhelming continues Studio 180’s focus on shows dealing with social and political issues. Here, that material is packaged in part as a political thriller.

“Every character is significant, even those without names,” offers McMurtry-Howlett. “Everyone tells a little bit of the story to move it forward.”

“But in a piece as passionate as this, we wouldn’t gain anything by taking it over the top,” adds Atabong. “I can’t play Elise as a victim, because she’s already so victimized and traumatized.

“The narrative and message are so strong that viewers can’t help but get caught up. At the end, it blows your mind.”

Dorothy Atabong talks about her second role, as a Rwandan doctor