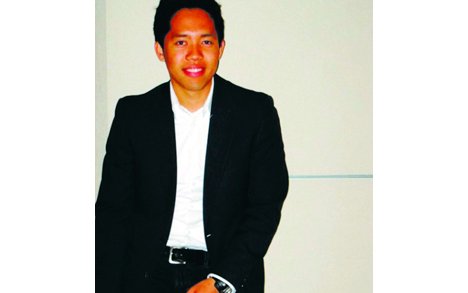 Betcha Jason Maghanoy is the only Canadian playwright who has two plays about the war in Iraq opening this week.

Gas looks at five soldiers whose mission is to protect a desert gas shipment two of them also try to cover up a nasty confrontation with Iraqi civilians.

“It’s always exciting to get a second production of a script,” says the playwright, who’s directing gas this time around and is starting a third play about young people surviving in wartime.

“The first production, set in a sand-filled swimming pool, was as realistic as possible. This time I’m using the five actors as chorus, to create the locations and the feel of the material with their bodies.”

Maghanoy used the technique successfully in a remount of Judith Thompson’s Palace Of The End, where non-speaking actors in each monologue evoked a fluid, atmospheric backdrop.

The staging also allows the company to become a functioning unit, similar to a platoon in a war zone.

“Loyalty and family develop new meanings in this sort of situation,” says Maghanoy, a National Theatre School grad who’s currently playwright in residence at Cahoots Theatre. “Thoughts of people back home keep the soldiers going, but they stay alive in this awful place because of brotherhood and loyalty to their fellow fighters.

“Even when it seems perverse, they have to create new relationships to survive, to hold onto each other, though terrible things can happen as a result.”

Does Maghanoy find it easy to separate the writing and directing sides of his brain?

“Sometimes when a scene isn’t working in rehearsal, my playwright side comes in and suggests where to rewrite.

“But I also remember what my NTS teacher Brian Drader told me about writing a play: sometimes the internal director will try to bully the playwright. Then the writer has to throw the director out of the room and focus on story and character.

“Otherwise, I’ll end up with a series of strong directing moments rather than a play.” [rssbreak]