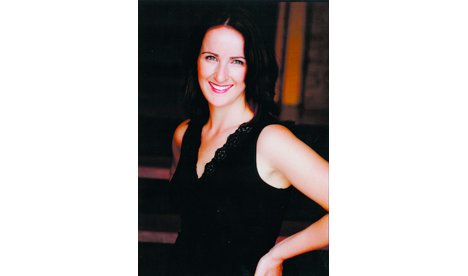 Words alone aren’t enough for director Kelly Straughan. She needs moving bodies to give life to a play.

Straughan made a splash in the Fringe with Timebomb, which used a physical chorus to comment on the story of a woman facing a quarter-life crisis.

Now she’s tackling her first collaborative work, a production for the Next Stage Festival called The Red Queen Effect. The show uses Alice Through The Looking Glass to explore a corporation in which employees jockey for power.

“I realize that movement-based theatre excites me as a director,” says Straughan, the Tarragon’s assistant artistic director. “Combining text and movement seems to me the best way to communicate.”

Trained as a dancer, Straughan understands how movement can communicate quickly and easily.

“But it’s vital that the movement keep bringing the audience back to the story,” she says. “I don’t want to create a show that speaks only to people with dance training. The physical work has to provide more than a visceral wash.”

Straughan also knows how to dissect a script and collaborate on performer-inspired work. She and actor Melissa-Jane Shaw are the driving forces behind Seventh Stage Theatre, which produced Whale Music several years ago. The pair realized that it made sense to bring their shared background in dance to theatre productions.

“The work on Red Queen was initially inspired by a scene from Howard Barker’s The Possibilities, in which a woman took out another woman,” she says. “Our early improvs for Red Queen had an old-school feminist speaking with her younger counterpart.

“Now we have a story in which Alice (Monica Dottor, who co-choreographs with Shaw) tries to figure out how to get ahead in the business world. MJ is the commanding Red Queen, and the pawns in this game are a wordless male chorus.”

Not surprisingly, businesswomen interviewed for the show – especially women in investment banking, which is the play’s world – constantly talked about whether or not they wanted to fit into a boys’ club.

“As a girl, you enter this bizarre society where how you dress or what you look like matters. It really is like stepping into the other side of the looking glass, where Alice tries to negotiate the tricky rules in a Crown-asset corporation.” [rssbreak]