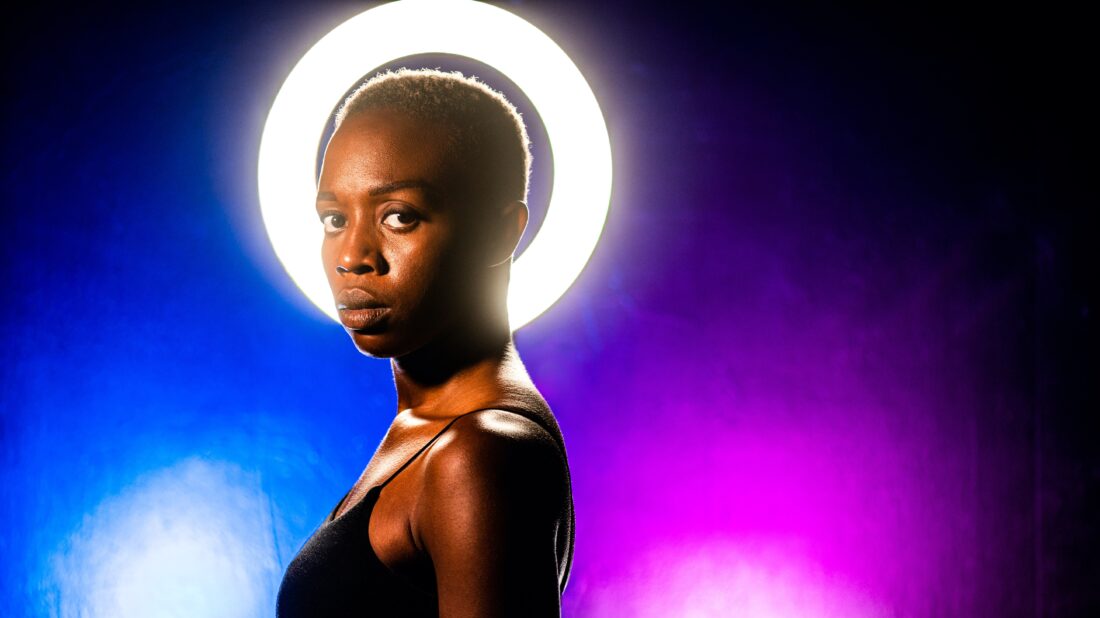 If eight months without seeing many live, in-person plays has made you lose faith in the power of theatre, be sure to check out Acts Of Faith. After watching this hybrid show, you’ll be a believer again.

David Yee’s solo play about a young woman growing up in Zambia has everything we love about onstage monologues: a compelling central character who goes through a change, an authentic sense of place and a gripping performance. What’s refreshing is that director Nina Lee Aquino has found a way to present it online that’s almost as exciting as it would be in a physical theatre.

Faith (Natasha Mumba) is a confident, funny and self-aware 12-year-old Catholic girl living in Kitwe. Faith knows how to tell a good joke, has two close friends and has a strong sense of etiquette – for instance, she knows what kind of cake should and shouldn’t be served at a birthday party.

Things are going fine until Faith visits a neighbouring parish and meets its charismatic, attractive priest, who’s come from England. Something happens between them, and when she tells her stern, devout mother about it, it drives a wedge between the family members.

As he’s shown in plays like Acquiesce and the Governor General’s Award-winning Carried Away On The Crest Of A Wave, Yee is a crafty writer who grounds his scripts with humour and authentic details. His scenes have a nice shape to them, making their points and then quickly moving on.

Some gaps in Faith’s story seems to be quickly glossed over, however; late in the play, she’s living in Etobicoke and working as a nanny – a move that could be better set up. Still, Yee’s handling of Faith’s spiritual probing feels real, as does the subtle hierarchy about who sits where in the church.

And in a key scene in the middle of the play, he captures the sights, sounds and even smells of a charged moment.

Since the play is being live-streamed three nights a week, it’s different at each performance. On the media preview I saw, Mumba stumbled over a few lines but quickly recovered. More importantly, my screen froze several times – which I suppose is the digital equivalent of a live audience member having a coughing fit (without any of the current health scares).

The fact is, one’s attention is more focussed when at a live play. There are fewer distractions, and obviously things like checking your cellphone are a no-no. (I have to admit that I did just that a few times during Acts Of Faith.)

My point is, perhaps Yee could add to the script when the theatres reopen.

That said, director Aquino does a superb job of enhancing the material. Joanna Yu’s spare set and Michelle Ramsay’s lighting help move us throughout time and space and pinpoint big emotional moments. Several times unseen hands shove props onto the playing area and then take them away. And a couple of times, Mumba approaches the camera and comes in for a close-up, heightening the intimacy of a scene.

Mumba adjusts perfectly to this hybrid medium, handling both exposition and dialogue with confidence, morphing from a giggling girl to a judgemental mother in a nano-second. She delivers her comic asides like a born raconteur. And in Faith’s most painful moments, she becomes vulnerable in a way that makes the screen disappear.

Before the pandemic, Mumba was set to be part of the cast of Mirvish’s Harry Potter And The Cursed Child. Lucky for us that she still gets to show off her magic in Acts Of Faith.