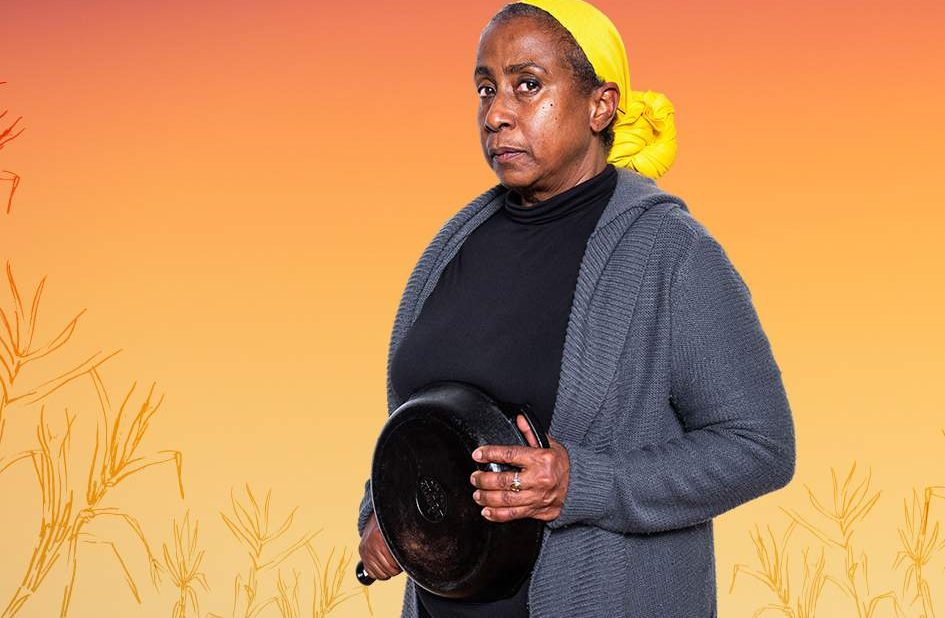 No matter how far you travel, the past will catch up with you. That’s one of the powerful themes in Lisa Codrington’s 2005 play Cast Iron, which gets a haunting live audio performance in a new co-production by Factory and Obsidian Theatres performed by Alison Sealy-Smith, the actor who originated the role and helped dramaturge the script.

Libya Atwell is a 70-something Bajan woman now living in a Winnipeg nursing home. Diabetic, achy and sick and tired of the frigid cold, the retired domestic worker receives a visit from someone from her past. And that makes her think back to a time and place she hasn’t visited in over 40 years.

Soon we’re immersed in the sun-drenched landscape of Barbados, where Libya and her half-sister Gracie play among the sugar cane fields, their imaginations stoked by a mysterious figure called the “red woman.” There are other sinister forces around them besides that mythical creature, however, including one event involving Gracie that Libya has never confronted before.

Thanks to director Mumbi Tindyebwa Otu, listening to Cast Iron is an intimate and immediate experience that’s best experienced with headphones. Sound designer John Gzowski effectively captures everything from the rustling crops to the howling wind.

Codrington’s script is written in a rich Bajan dialect, and Sealy-Smith brings out all the drama and musicality of the language. (If you find it hard to crack, you can turn on a subtitle function and read along with the script.) And because the performance uses binaural sound, you get a real sense of where characters are in space.

And what characters! Sealy-Smith not only recreates Libya as an older woman remembering her younger self, and the taunting, teasing Gracie, but a man who comes between them and contributes to the tragic conclusion. While we’re not able to appreciate the actor’s physical performance, of course, her voice work is so convincing I initially thought another actor had stepped in to play Gracie.

After listening to this bravura performance, I suggest going to Factory Theatre’s YouTube page and watching some behind-the-scenes videos. Not only do you see how each performance comes to life with sound effects and the binaural microphone, but playwright Codrington and actor Sealy-Smith even whip up a batch of Cast Iron bakes, which play a key role in the play.

Munch on those while listening and the play will feel even more immersive.