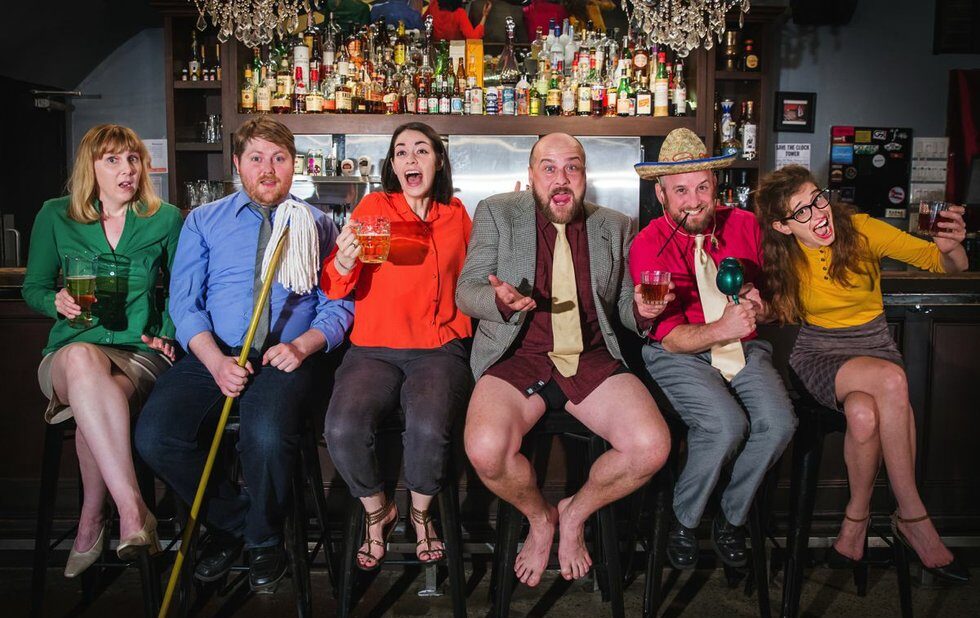 This new collection of sketch comedy from Soup Can’s Justin Haigh is 75 minutes of non-stop hilarity.

What sets Barfly! apart from any number of funny sketch shows, and puts it in the same league as Kids in the Hall, is the caliber of Haigh’s writing—it’s dark and twisted but also keenly intelligent, loaded with clever twists, intriguing arguments and obscure references.

Another winner is a recurring bit styled after fast-paced cable news called Things That Make No Fucking Sense, in which two hyper-aggressive yammering suits (Jeff Hanson and Hobbs) offer surprisingly cogent analysis on political issues like violence in sports, the price of milk and the U.S. Primaries (this sketch has serious spin-off potential).

Ned Petrie also deserves a nod for scoring huge laughs with extremely subtle facial expressions as a dopey kid half-listening to increasingly distressing announcements during a visit to the Ontario Science Centre.

I could go on. Just see it!