>>> Fringe Review: For The Record

FOR THE RECORD by Shari Hollett, with additional. 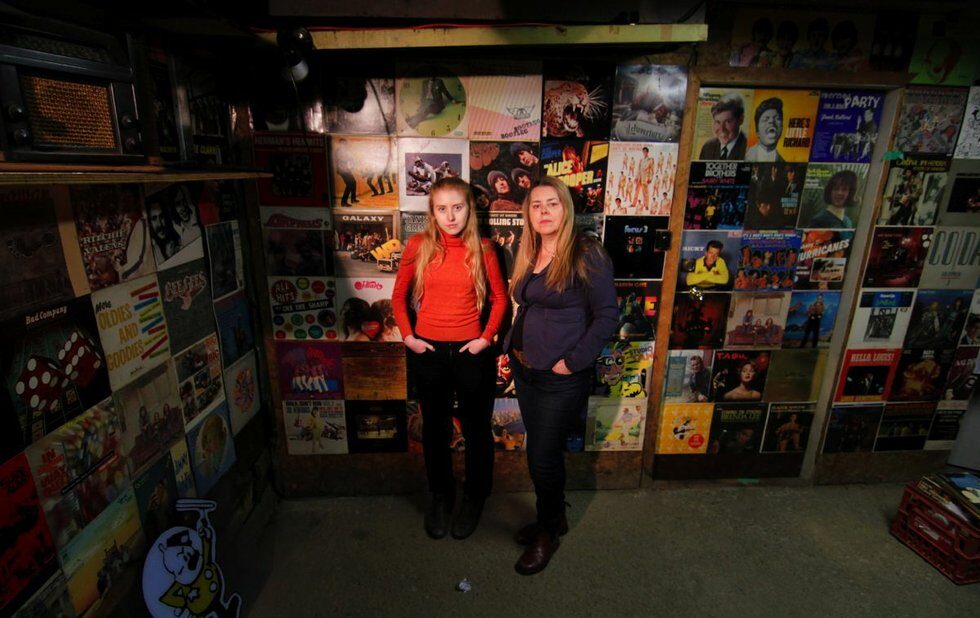 Shari Hollett’s memoir of growing up with her emotionally and often physically unavailable mother – and then becoming a mother herself – is moving, funny and has a stellar soundtrack.

The site-specific show takes place at Kops Records on Bloor, and while the narrow space can be awkward to navigate, it provides lots of intimacy as Hollett takes us through her fraught relationship with her late mom, who was raising three children and had had two divorces by her mid-20s. (Hollett’s own daughter, Lucy Earle, plays the mother and other characters with real poise.)

The show, directed by Chris Earle (Hollett’s husband and Lucy’s father), takes a while to find its rhythms some early segues could use finessing.

But the material, particularly stories about running away, blasting music while home alone and discovering one’s identity (and friendships) through art, is filled with honesty. The show gains in power once Hollett becomes a mother herself and is as overprotective as her own mother was underprotective.

One of the best scenes is a Rashomon-like sequence in which a minor fight is played out from the POV of mother then daughter. And a scene in which the teenage Hollett argues about music with her drummer boyfriend at a record store also resonates, and makes superb use of the venue.