Review: Is My Microphone On? is an urgent call to action 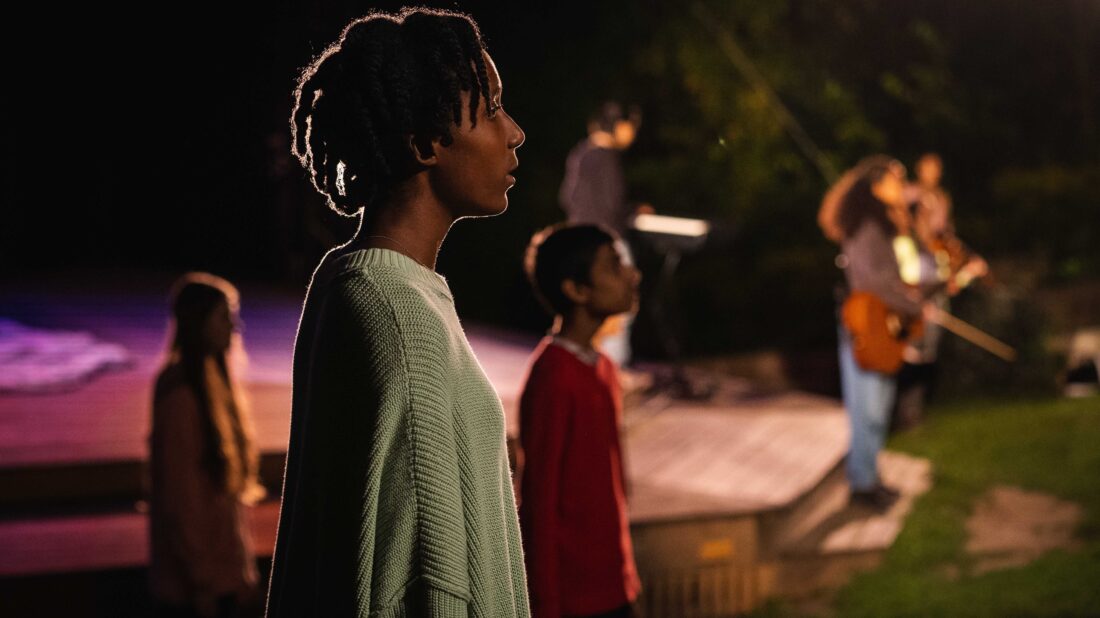 IS MY MICROPHONE ON? by Jordan Tannahill and Erin Brubacher (Canadian Stage). At the High Park Amphitheatre (1873 Bloor West). Runs to September 19, Thursday-Sunday 7:30 pm (no performance September 10). $10-$30. canadianstage.com. Rating: NNNN

It’s too bad the 17 performers in Is My Microphone On? are too young to vote in the upcoming federal election. Judging from their anger, passion and insights about the worsening climate crisis, their ballots would be invaluable – especially since they’re the ones inheriting the earth their parents and grandparents have ruined for them.

Jordan Tannahill and Erin Brubacher’s hour-long show is being called a “theatrical protest song,” and that’s pretty accurate, although the show feels less like a song than an extended poem or call to action. (Tannahill adapted several speeches by youth climate activist Greta Thunberg, and Brubacher developed the piece with the cast.)

Some performers do occasionally play instruments – a keyboard, a guitar, a violin, drums – but these are often used to illustrate a point. For instance, early on we’re told that the keyboardist will play a note 200 times throughout the show, which approximates the number of species that will become extinct in one day because of climate change. (Every time that note is struck is an eerie, haunting reminder of what we’re losing.)

Surrounding the audience on both sides, in front and eventually the back, the performers – aged 12 to 17 – at first deliver their lines individually, but they speak as a whole, like a chorus. They blame earlier generations for destroying the earth; they recall the early days of the pandemic, when it seemed like we were all working together for a common goal; they criticize the media for making their generation, Gen Z, the butt of jokes.

Gradually, individual voices emerge and engage in discussions. Is capitalism the cause of climate change? How do you deal with that elderly neighbour who happens to be racist and homophobic? One person admits to being in an abusive relationship, which leads to a discussion about how to stop doing things that are destroying you – a powerful metaphor for the climate situation itself.

While there’s a certain sameness to the material, and the ending feels a tad perfunctory, Tannahill and Brubacher have inserted up-to-the-minute references to add to the work’s urgency: the image of the Gulf of Mexico on fire, for instance, or the bizarre experience of watching a billionaire blast off into space.

One of the most powerful moments comes when, after a discussion about whether we should resort to violence to affect change, we’re instructed to listen. Production designer Sherri Hay illuminates the trees surrounding the amphitheatre, and, in silence (Debashis Sinha is the sound designer), we listen to the sounds of the life around us. The moment is followed by a haunting solo by dancer Iris MacNada (Cara Spooner is movement director).

Back in 2016, Tannahill, Brubacher and Spooner collaborated on Concord Floral, another ensemble piece featuring young people trying to figure out their world. A few years later, the stakes are much higher, and that world is on the verge of extinction. Now, more than ever, we need to listen.