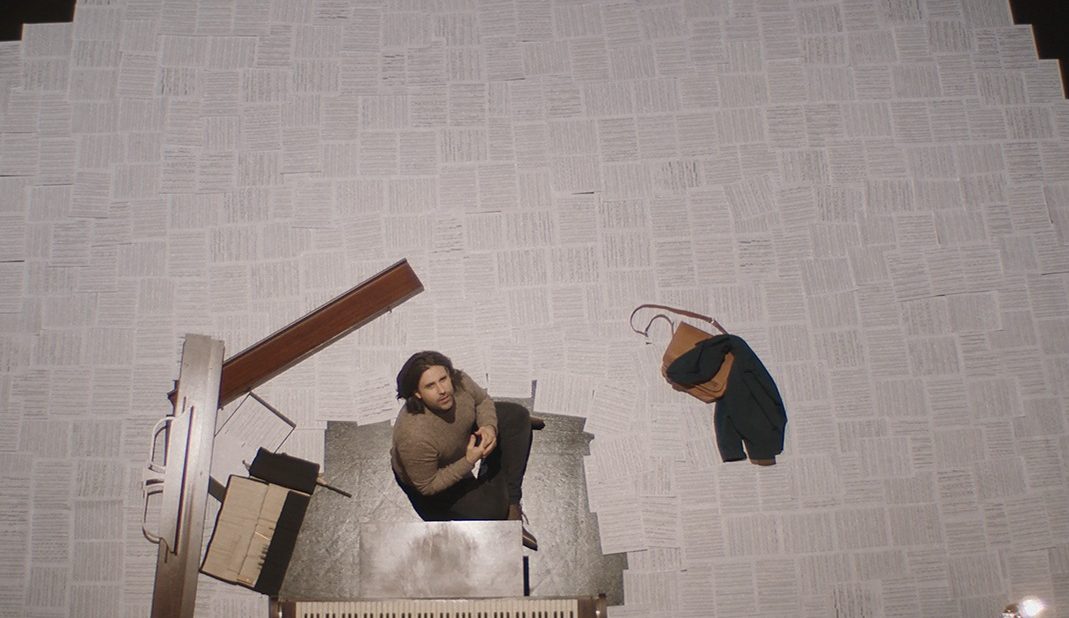 Photo courtesy of Outside the March

Many theatre artists pivoted to film and streaming during the pandemic, but few have done it with as much class as Mitchell Cushman, James Smith and Outside the March.

Smith debuted his moving and intimate solo piece Lessons In Temperament more than five years ago at the SummerWorks festival. Performed at secret locations, the Cushman-directed OtM show, in which Smith visits a location and tunes out-of-tune pianos (one of his part-time jobs) while telling his story, went on to win a festival prize, and was remounted several times later, including in New York City. It was to have been part of Stratford’s 2020 season, but then the pandemic hit.

So Cushman and Smith decided to adapt the show into a film. And as a nod to the material’s – and the company’s – theatre roots, they filmed it in a dozen of Ontario’s most iconic theatres. One of the big pleasures of this film is getting a glimpse of places like Theatre Passe Muraille, Stratford’s Festival Theatre and Soulpepper’s Baillie Theatre after they had been closed to the public for 20 months.

The show itself remains mostly the same. While adjusting a piano’s wires and giving us lessons about things like harmony and “equal temperament,” Smith unpacks a deeply personal story about growing up the youngest of four neurodiverse boys.

His siblings Josh, Jason and Joey have all dealt with mental health issues; Joey is on the autism spectrum; Josh, a gifted mechanic, was diagnosed with bipolar disorder; and Jason was diagnosed with schizophrenia. James himself has a touch of OCD; one particular obsession of his involves the number four, and repeating actions four times until, as he puts it, a “click” goes off in his head. And as he tells his story, it becomes clear that tuning pianos, or even making art, can perhaps be seen as a way to create order out of chaos, if only temporarily.

The intimacy of being in a small group while watching Smith tune a piano and talk to us is gone. Smith often addresses the camera directly, but since he treks across the province, and his performance was obviously captured on different days, there’s a subtle lack of momentum and continuity, although director Cushman has him wear the same clothes in each location.

But the venues all have a distinct feel and look, and director of photography Gabriela Osio Vanden captures them so they feel like separate characters.

What’s missing, however, is the audience that is the crucial part of a live performance. What made the original show so powerful was that it was presented in people’s homes, and so the lived-in space suggested other worlds, other familial histories.

But the film offers a lovely alternative. Smith bookends the piece by playing the second movement of Beethoven’s Pathetique sonata, first with an out-of-tune piano, and then with everything in tune. The way Cushman edits the final performance is incredibly moving, capturing not just the dignity of the music and these historic venues but the idea of achieving something beautiful, balanced and universal through art.

Don’t be surprised if this scene, and the film’s poignant, quiet final image, bring you to tears.