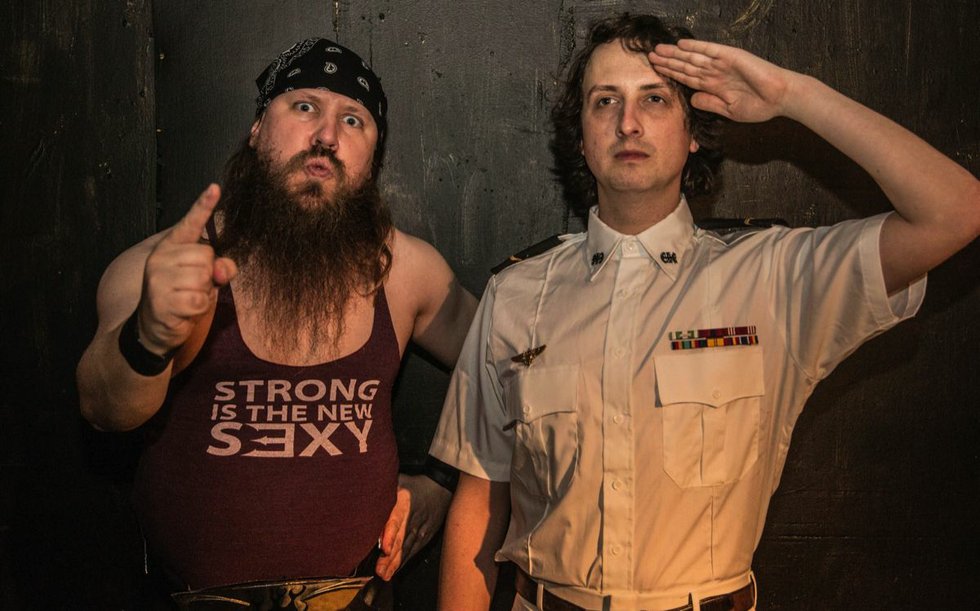 Vancouver comedian Graham Clark can make pretty much anything funny, which he proved last year in a show where he riffed off the phonebook. Here, he mines material with much more comic potential: the wacky, testosterone-drenched world of professional wrestling.

Clark, who demonstrates a deep knowledge of the sport, has curated a video playlist of some of his favourite wrestling moments – in and out of the ring – and screens a different selection at each show while providing running commentary with sidekick Ryan Beil.

As expected, the jokes write themselves, and with Graham and Beil at the helm this results in 45 minutes of non-stop laughter. Clips we saw included weird and oversold wrestling moves, off-the-rails trash talk, that time Hulk Hogan and Macho Man Randy Savage guest starred on Baywatch and vintage footage from The Slammies (professional wrestling’s annual black tie awards show).

For Graham and Beil it’s the comedic equivalent of T-ball, but at least they crush it out of the park.