>>> Fringe Review: The Pirate Queen Of The Stars

THE PIRATE QUEEN OF THE STARS by Peter. 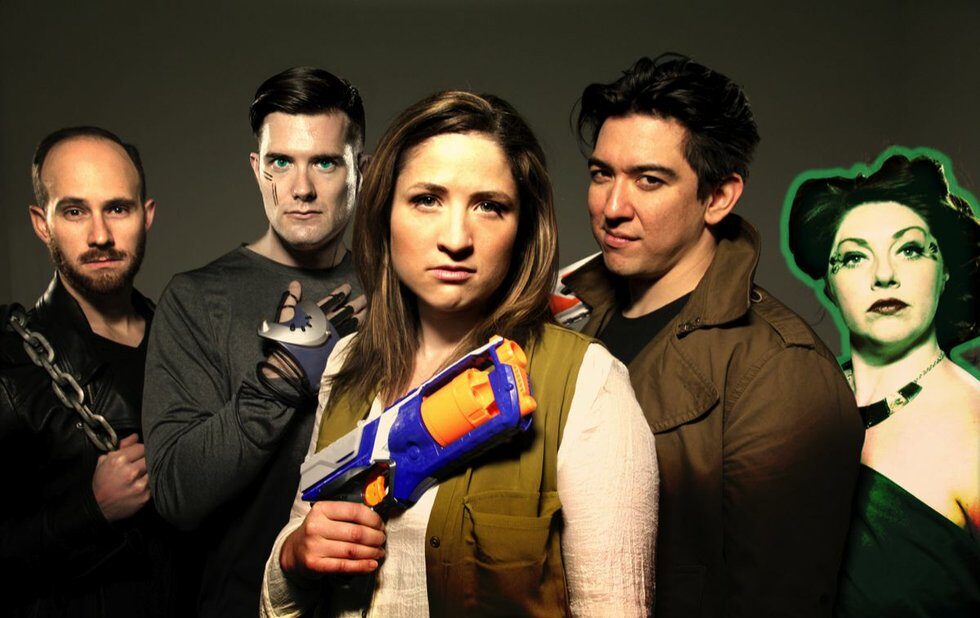 In space, everyone can hear you sing.

The 90-minute musical theatre work The Pirate Queen Of The Stars tells the story of Vega, an intergalactic pirate (solidly played by Megan Phillips) who is unsure what she wants from life. Writer Andrew Templeton’s storyline and Peter Cavell’s wittily silly songs touch on many favorite sci-fi tropes, from robot/human interspecies longing to the use of scale models to enact epic space battles for the camera.

And the cast is uniformly charismatic. Paul Barnes as a sexily brash Captain Thrasher and Seth Drabinsky as the nerdy and doomed Lord Rastaban Starsmiter go for the gusto, double entendres and improvisations ablaze, while Daniel Abrahamson’s robot R.I.G.E.L. is all the funnier for being more thoughtful than any of the humans.

And while Sarah Strange doesn’t have as much to do as the ghost of Vega’s old friend Eridani, the purity of her vocals adds a surprising bit of refinement to the ribald proceedings.