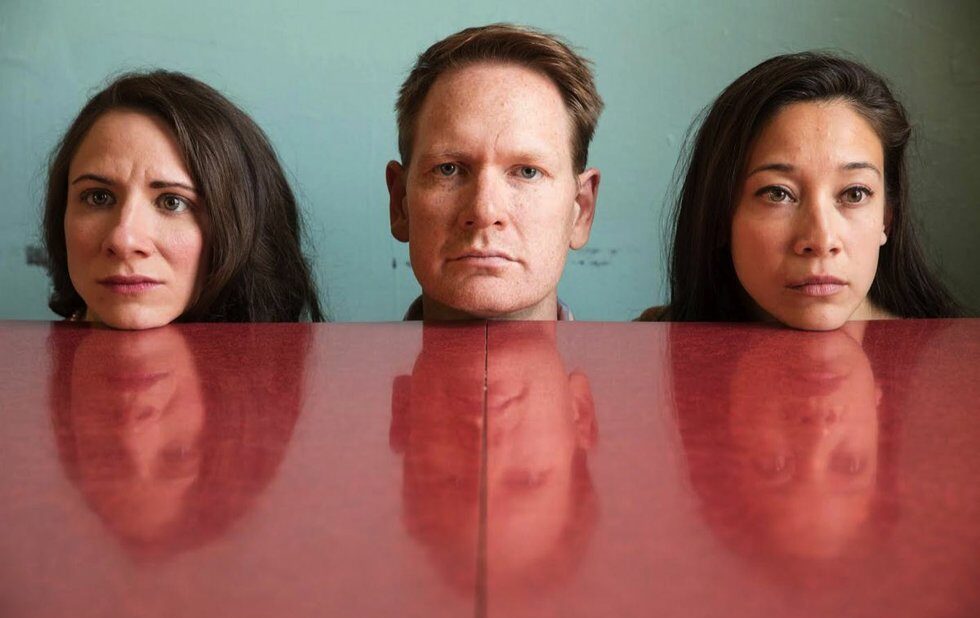 Three stylistically different takes on infidelity and guilt enrich and comment on each other in this haunting collection of site-specific short dramas.

In Strindbergs The Stronger, a woman (Julie Tepperman) meets her husbands lover (Mayko Nguyen) at a cafe, and in a beautifully structured monologue (Tepperman wrote the adaptation, set in the theatre world of the 60s) reveals lots about her own anxieties and marital problems.

In Becketts bleakly absurd Play, three figures (Tepperman, Nguyen and Andy Trithardt) stuck in some horrific limbo endlessly obsess about their parts in an affair.

And in the final contemporary piece, What Doesnt Kill You…, a woman (Nguyen) tries to apologize to a former friend (Tepperman, who also wrote) for luring away her partner, revealing lots of secrets in the process.

I dont want to spoil director Aaron Williss surprises, but Nick Blaiss sets and lights and Michelle Tracey‘s costume designs create vivid moods, and there are fascinating echoes among the works, particularly in the use of confession and silence. Each performer gets a chance to shine.

The role of the between-play audience guide (Sheila Ingabire-Isaro), while providing some relief from the works intensity, could be deepened.