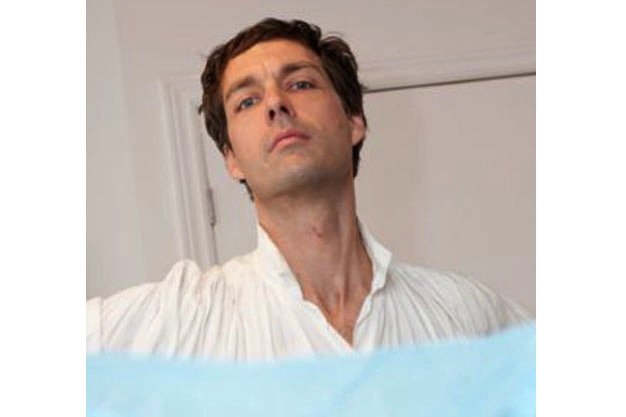 Sky Gilbert continues his examination of famous queer figures in this look at the flamboyant figure skater and painter Toller Cranston (1949-2015), whose gift for drama and self-expression added artistry to the sport, even while, in his personal life, he was full of contradictions.

Fussily rearranging a hanging bolt of fabric so it lands just so on a chair for each segment of his story, Cranston (David Benjamin Tomlinson) tells us important aspects of his life, relishing victories and rehashing rivalries. Tomlinson’s stylized performance never descends into caricature there’s always dignity to it, and the actor and director Gilbert let us see that we may not be witnessing the truth.

The reason for Cranston telling us his story, revealed late, is poignant, and shouldn’t be spoiled. Stephen Newman’s set and lighting are fittingly tasteful, and the way Gilbert has interwoven the classical-lite music to coincide with the dramatic flourishes of Cranston’s stories is masterful.