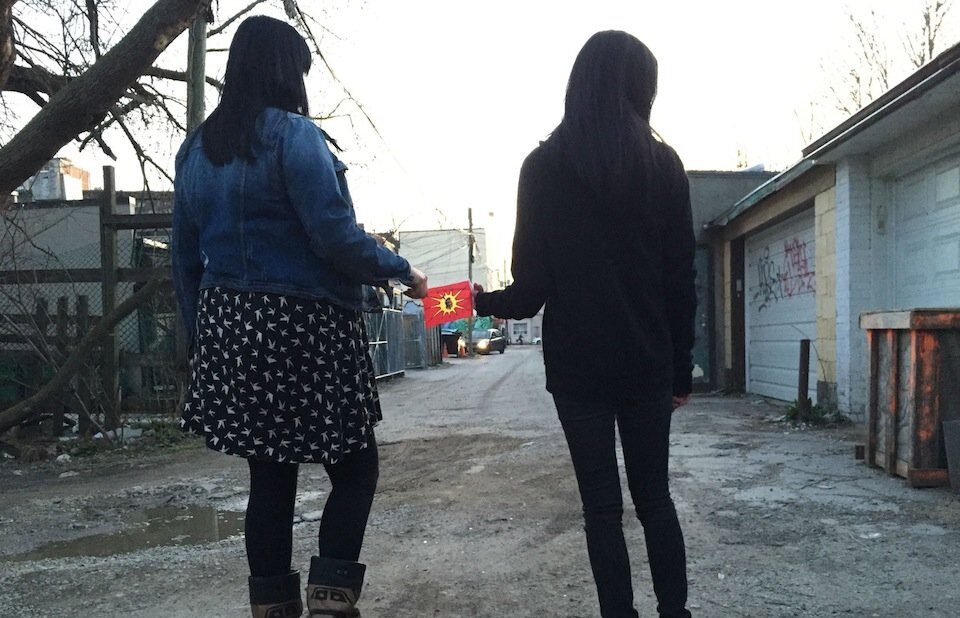 This slow-burning, heart-rending family drama from writer Falen Johnson plays out between two Mohawk cousins who reunite in a deserted Toronto alleyway.

Win (Darla Contois) has been sent to the city by her family to convince Roe (Yolanda Bonnell) to return to the reservation she left in the wake of a terrible tragedy. The sharp script and naturalistic performances explore well-integrated themes of survivor’s guilt and the politics and practices (both everyday and far-reaching) of being Indigenous in Canada.

The volatile and unpredictable dynamic between Win and Roe shifts uneasily from familiar family nostalgia and hilarious-yet-revealing anecdotes to emotional accusations and intense confrontations that hinge on the reservation/city binary, and associated assumptions about First Nations identities.