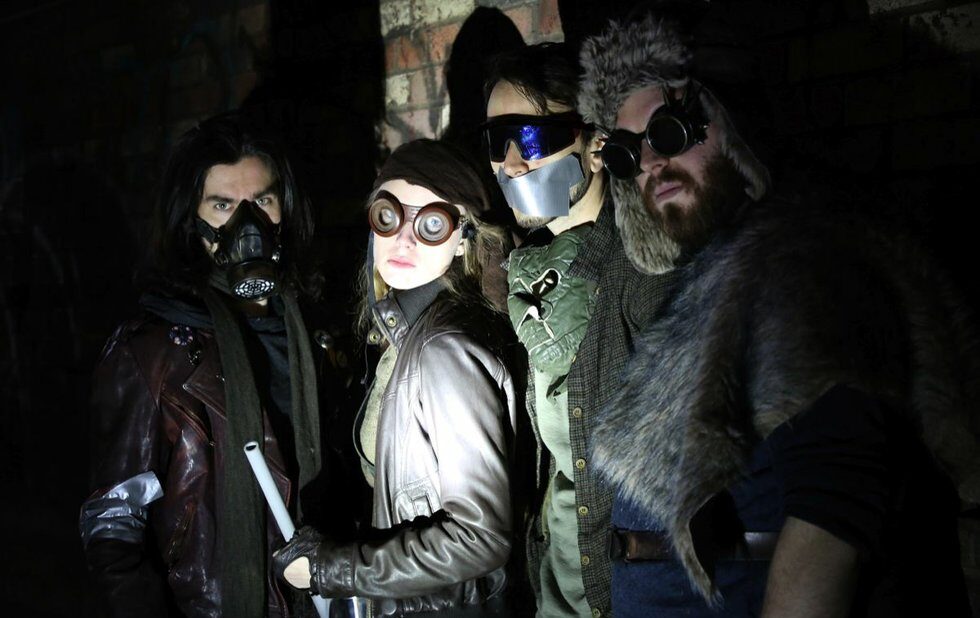 Local improv heroes Sex T-Rex are back with another hilarious genre spoof that showcases their love for dystopian disaster flicks and creative approach to physical comedy.

Loaded with complex and entertaining action sequences, the fast-paced Mad Max-inspired plot follows a lowly janitor and his dog as they flee a murderous gang and tangle with mutants on a quest to find the source of a mysterious radio signal.

The troupe also score points with some cool-looking shadow play at the beginning, and for using nothing but foam tubes for props, bending and joining them in inventive ways to form everything from guns to vehicles to buildings.