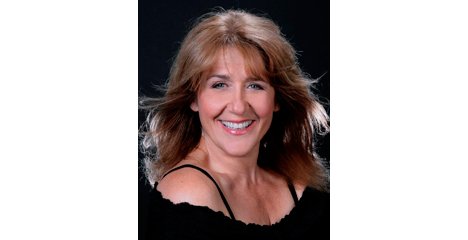 Tapestry New Opera Works has been singing loud and strong for three decades.

And of course they’ll be singing.

Jazz singer, writer and actor Tova probably has the longest relationship with Tapestry, which co-produced her award-winning musical Still The Night, about two Jewish women who survive the Holocaust through unusual means, back in the 90s.

“I called Claire Hopkinson, then the company’s general manager, about what to do with this play I’d just written,” says Tova. “She introduced me to Tapestry’s head, Wayne Strongman, and the result was a show that toured Canada.”

“A few years ago Tapestry brought Patricia, Jean and me together to do a concert. We developed such camaraderie that it was natural to continue the relationship.

“From the first, I knew I wanted the worlds of opera, cabaret and jazz to mix. Even so, for that first concert, dressed in a diva gown and coached by Jean and director Tom Diamond, I was nervous singing an aria from Samson And Delilah.

“I remember that I cantored more than I canta-ed,” she laughs, blending the worlds of the synagogue and the opera house. “Then the other two entered into my music and sang Yiddish songs.”

It’s rare to see one theatre company stage another company’s hit show less than two years after opening. But with a play as powerful as Judith Thompson’s Palace Of The End, a second viewing is well deserved.

Directed by Jason Maghanoy, the Alumnae Theatre’s production has a different feel than the Canadian Stage premiere. It’s still a series of three monologues dealing with people caught up in the Iraq war, but Maghanoy makes constant use of all the actors.

The focus moves from a young female soldier involved in the Abu Ghraib prisoner torture (Laura Vincent) to David Kelly, a British weapons inspector (Christopher Kelk) who publicly disagrees with his government’s policy statements and finally to an Iranian woman who recounts her family’s torture (Sochi Fried).

Maghanoy blends the three actors into each scene, keeping the focus on the central figure but having the other two performers interact with that character. They create a backdrop that’s both verbal and non-verbal at one point the actors are figures harassing the speaker, at another, they’re trees swaying in the breeze.

It’s the richness of the script that allows these various interpretations. Even if you saw the original version, you’ll still be moved by the current production, especially Fried’s work as activist Nehrjas Al Saffarh, overflowing with humanity despite the atrocities piled on her family.

Written by Jordan Tannahill, whose shows include SummerWorks’ The Art Of Catching Pigeons By Torchlight, the solo piece focuses on James, a Texas teen who joins the U.S. Army and then, facing violence because she’s lesbian, flees to Canada.

It’s a complex piece, dealing not just with sexual orientation but also the demands of military life, desertion and feeling isolated in a society that prefers a policy of “don’t ask, don’t tell” rather than openness.

You can’t ask for a more current-events production: the real-life James is awaiting the results of an appeal for refugee status and faces extradition to the States.

Tannahill sets his action in a KFC outlet, where James tells her story to a distraught co-worker who’s locked herself into the washroom. Natasha Greenblatt plays James with empathy and passion, presenting the character with a touch of innocence she isn’t a political fighter but rather someone caught up in emotions she accepts but doesn’t fully understand. Director Alisa Palmer underlines the dilemmas facing this young woman, dilemmas from which she won’t back down.

We caught a performance in a Grade 10 classroom at Central Tech last week, and the small class was caught up with tale’s tension, relieved by jokes about Tim Hortons. Following each show, Steven Solomon of the Toronto District School Board’s human sexuality department leads a discussion about the issues raised in the play.

Hope at some point that general audiences will see this timely production.

If you’re going to tackle an obscure philosophical play, you can’t do better than bring in Jennifer Tarver to direct.

That’s what George Brown Theatre did for their opening production, Henrik Ibsen’s early poetic drama Brand, about a preacher whose beliefs set him at odds with those around him. The production closed last Saturday.

The script is filled with heady monologues and spiritual questions that don’t necessary translate into strong drama onstage, but Tarver gave theatricality to the talky script, from the opening storm on a Norwegian ice field to the final cataclysm.

Standouts in the cast included Alexandra Manea as a conservative church official who turns the fickle townsfolk against Brand Carys Lewis as Brand’s wife, asked by her husband to give up most of the things she prizes and Fraser Elsdon as the self-serving, conniving mayor.

But the production wouldn’t have worked without a powerful title character. Andy Trithardt brought out Brand’s passionate side, as well as suggesting the hypnotic quality of his preaching about the importance of human will rather than deeds.

Tarver made good use of vocal and instrumental music created by the company, and Andjelija Djuric’s abstract design of mountains and wilderness, lit superbly by Steve Lucas, was another plus. That avalanche at the end was unforgettable.