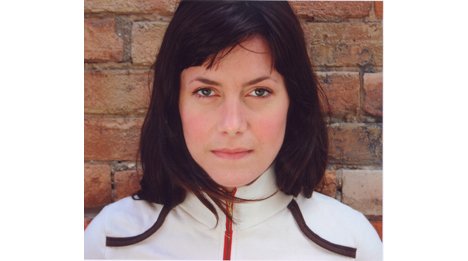 Actor Jenny Young admits that she can find humour in the most horrible of situations, and that’s one reason why she’s attracted to the work of playwright George F. Walker.

She’s appearing in his first new script in a decade, And So It Goes, in which financial adviser Ned has a world of troubles: he’s lost his job, he and his wife, Gwen, are dealing with Karen, their bipolar, paranoid daughter, and Gwen has begun taking advice from dead author Kurt Vonnegut.

Vonnegut’s novel Slaughterhouse-Five, based on the idea of multiple realities, gives the play its title.

“George cares deeply about his characters and their humanity, giving them voice and not worrying about what they say,” notes Young, who’s back at Factory Theatre after a fine performance in The Madonna Painter last December and next summer returns to the Shaw Festival.

“He creates these amazing, damaged, thoughtful characters, people who can break your heart and be hilarious at the same time.”

As Karen, Young has to walk a fine line between being “dramatic and comedic, tones that aren’t mutually exclusive. I think before her schizophrenia she had a good relationship with her parents, though perhaps they weren’t overly present in her life.”

The play’s themes, she says, are “consumerism and a capitalist society that’s felt the quake of an economic downturn, and secondly society’s neglect of those people who need help the most. George deals with those really big subjects without preaching about them.”

“He was a 60s hero, a humanist who talked about kindness. As their world falls apart, Ned and Gwen turn to him as a teacher, a man who looked at the horror around him with humour and forgiveness.”

Magic realism is a new style for Walker, but he hasn’t dropped the trademark intensity that emerges as soon as the lights come up onstage.

“That energy can take you over the top quickly,” acknowledges Young, whose Karen has a high-pressure confrontation with her father in the first scene. “I have to do a lot of prep work backstage before I go on, or I feel like I’m pushing. If I don’t prepare, I feel like I’m making it up rather than living it, and then the wheels don’t turn until three pages in.

“I have to be working 10 minutes before the play starts. That way I can jump into the middle of the pool and not swim in from its edges.”

It takes deft characterizations and a good sense of timing to bring out the laughs in one of the best of Noël Coward’s works, Hay Fever.

Director Kevin John McDonald made some good casting choices in the Alumnae Theatre production that closed last weekend, especially with the women’s roles.

Each of the four eccentric, self-centred members of the Bliss family – writer David, retired actor Judith and their precocious children, Sorel and Simon – has, without telling the others, invited a guest down to their rambling British country house for the weekend. The mismatched liaisons and sudden alliances provide much of the play’s humour, but the characters themselves must be clearly drawn.

Mining the fun in their roles, Kaitlyn Riordan and Tina Sterling make an impression each time they’re onstage. Riordan’s shy, insecure Jackie looks like a deer in the headlights at times, while Sterling’s Myra, described as using “sex as a shrimping net,” commands with her tone and focused intensity.

Jonathan Thomas is the best of the men, his Richard a diplomat always trying to say the right thing and doing so with just the right sort of emotional and physical stiffness.

Tying the show together is Dinah Watts’s tart Judith, the histrionic performer who’s always announcing a return to the stage just as frequently, she draws on her old plays for dialogue. Watts knows how to make her both fascinating and someone with whom you’d never want to weekend.

Sometimes assaultive, sometimes lyrical, the show features two clown-like, fantastical figures (Maksim Isaev and Pavel Semchenko) who pull a woman (Natalia Shamina) into their world. According to press material, the work deals with alienation and loss, but the elements of danger and bizarre humour seem just as important.

With front and rear projections, props and costumes made from newspaper (back issues of NOW, we noticed), many poured bottles of wine and a score by Andrei Sizintsev that was part sideshow tunes, part discordant explosions of sound, the unpredictable 70-minute piece has moments of stage magic.

The most memorable part of White Cabin is its central section, in which the performers interact with the projections to create surreal imagery involving dolls, flagellation, family celebrations and masked characters. Add pinwheel visuals and the tossing of bread and beer at a moving mirror and it felt like we were at a Dada event.

If you’ve seen some of the U of T’s Graduate Centre for Study of Drama’s work with early English plays in the Shakespeare and the Queen’s Men project, you should check out director Peter Cockett’s latest exploration.

Called Inside Out: The Persistence Of Allegory In Renaissance Performance, the workshop examines allegorical figures that grew out of the medieval Virtue and Vice characters. Sometimes they’re called Despair, Conscience or Lechery you’ll find some good and bad angels worked in, too. The types also influence well-known Elizabethan characters including Hamlet, Mark Antony and Doctor Faustus.

This time around, Cockett collaborates with Shakespearean scholar Alan Dessen and a number of actors, among them Paul Babiak and bouffon expert Adam Lazarus.

As part of Black History Month, Theatre Archipelago presents a showcase production of Edgar Nkosi White’s I Marcus Garvey, a biography of the black Jamaican activist (1887-1940) who promoted a pan-African philosophy of self-worth. His goal was a worldwide unification of the black diaspora that would lead to the redemption of Africa.