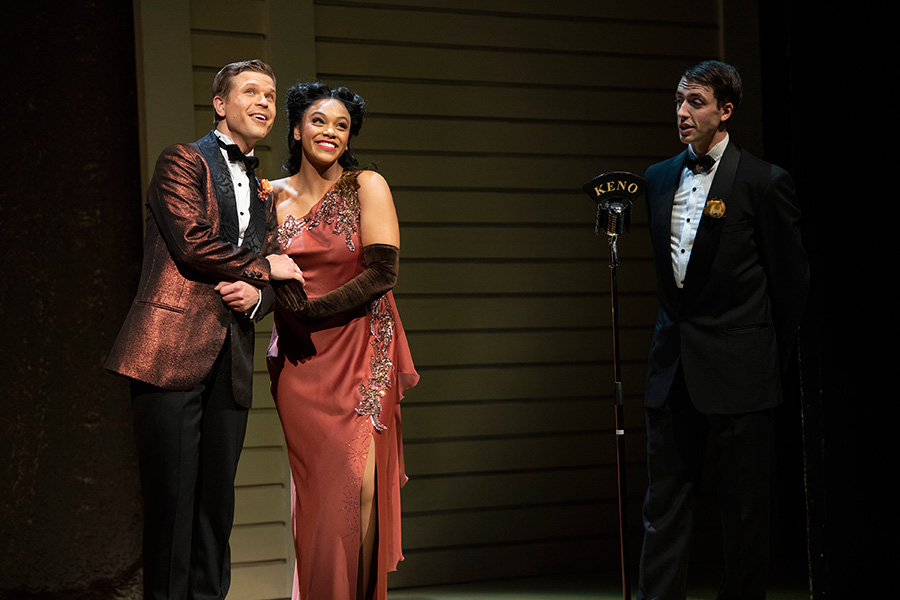 Photo by David Cooper courtesy of the Shaw Festival

The Shaw Festival's production of Holiday Inn has cancelled its remaining performances.

After a company member tested positive for COVID-19 on Saturday, all performances of the Shaw Festival’s production of Holiday Inn have been cancelled. The holiday musical was to have run until December 23.

“Our thoughts are with everyone involved in Holiday Inn, especially those that are now required to isolate while awaiting clearance from Niagara Region Public Health,” reads the statement on the Niagara-on-the-Lake repertory company’s social media accounts.

On Saturday, the festival cancelled performances of both Holiday Inn and A Christmas Carol “out of an abundance of care and caution” while investigating the possible case.

Affected ticket holders will be contacted by the Shaw’s box office to discuss options.

Performances of A Christmas Carol will continue throughout the week at the festival’s Royal George Theatre, but at the new provincially mandated maximum of 50 per cent capacity. In accordance with Friday’s provincial order, the festival stopped serving food and beverages, closing its concession stands.

UPDATE: on December 21, the company learned another festival member had tested positive for COVID-19. So all remaining performances of A Christmas Carol are now cancelled as well.

On Broadway, several shows have had to cancel performances recently because of the pandemic, including Hamilton, Mrs. Doubtfire, Moulin Rouge, Tina and MJ The Musical. The entire run of New York City institution the Rockettes’ holiday show, The Christmas Spectacular, was cancelled because of COVID-19.

Closer to home, Toronto band Barenaked Ladies announced on Friday that they were sorry to cancel the remainder of their Hometown Holidays shows at the CAA Theatre.

“It is out of an abundance of caution and care for the fans, theatre staff and crew,” the band wrote on Twitter.

Mirvish Theatre announced on Sunday that its upcoming North American premiere of Tom Stoppard’s Leopoldstadt, a production coming from London, UK and scheduled to begin on January 22, 2022, would be cancelled. And Comedy Bar announced on Monday that shows at both its locations would be temporarily paused.