NOW MagazineCultureStageStorms on the horizon

Storms on the horizon

After a stint in TV land, Waneta Storms returns home to play it again 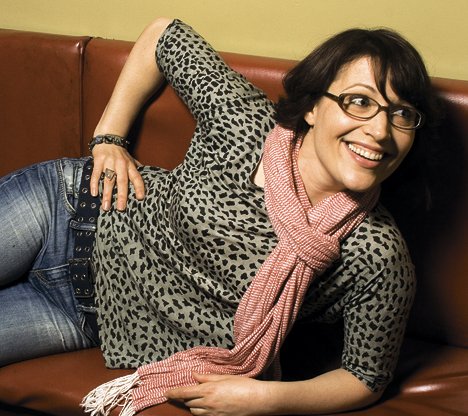 Actor Waneta Storms doesn’t admit it too loudly, but she’s been seduced by film and TV.

With a stage career that dates back to the early 90s, after she graduated from the National Theatre School (NTS), Storms was in memorable productions of The Witch Of Edmonton, The Diary Of Anne Frank and Arcadia, and won a Dora for her work in Coyote Ugly.

But she hasn’t been onstage in Toronto for quite a while.

“Instead, I spent several years on TV, in series like The Eleventh Hour” – she received three Gemini nominations for it – “and movies of the week,” says Storms, who returns for Kristen Thomson’s latest, The Patient Hour.

“I was surprised to discover a community in the TV world,” she recalls. “I’d only felt at home in theatre before, and now a friend and I are writing a script that we hope” – she smiles and crosses her fingers – “we’ll shoot this year or next.”

What with last year’s writers’ strike, issues with the Screen Actors Guild and the economy, she’s back in Canada, though she’s part of a screenwriters’ lab here.

“I know that I want to create from the ground up, to make things happen,” she offers with determination. “I’m older and past the time when I felt I could only be an actor.”

Drawn to The Patient Hour by the chance to work with Thomson, another NTS classmate and friend, Storms plays Laura, who’s visiting the hospitalized mother she hasn’t seen in decades. Laura also reconnects with her younger brother Charles, who’s much her opposite.

“Kristen’s writing works from a place of feeling and shifts between the dramatic and the comic – that’s also her style as a performer,” offers the actor. “In [acclaimed solo show] I, Claudia, she had viewers turning on a dime emotionally. It’s the same in The Patient Hour, where the action can have you experiencing two or more feelings simultaneously.”

There’s a tentative quality to Laura that Storms is eager to explore.

“She’s the child who hasn’t been around, unlike her brother, and returns to find her mother hovering between life and death. How can she find a way to talk to her, when she doesn’t know if she can either hear or see her. What is she taking in?”

The script, which has little apparent action, strikingly calls for the unseen mother to be situated in the middle of the audience, so that the characters speak directly to us but not in the way of traditional monologues.

“That turns the viewer into a kind of surrogate mother,” she says. “At the same time, the fourth wall is never broken. I don’t know what the reaction will be, but in the public workshop I loved that effect of making the audience complicit in the play.”