10-show season includes two of the plays that opened the fest in 1953, a new version of Chicago and four new Canadian plays 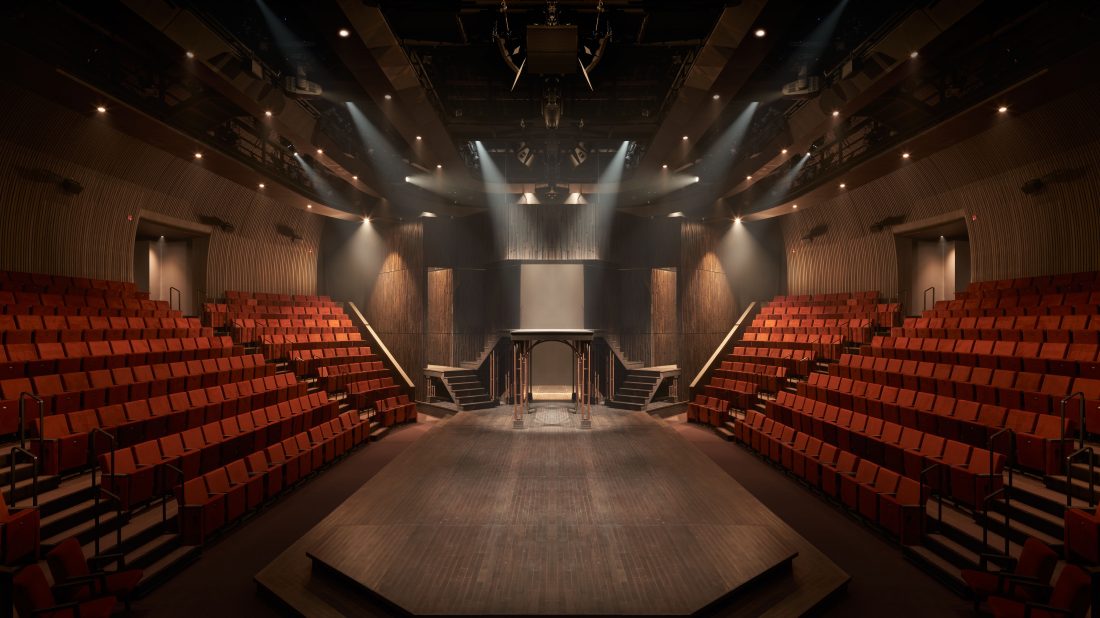 The long-awaited opening of the new Tom Patterson Theatre will happen in 2022.

After a mostly-outdoor season this year, the Stratford Festival has announced its 2022 lineup, which consists of 10 productions in four theatres, including the grand opening of its Tom Patterson Theatre. The $72 million venue was to have opened in the spring of 2020, but was delayed because of the pandemic.

“The plays in the 2022 season contain not only new beginnings but the difficult moral and ethical decisions a new journey entails. What is the best way to start again? How can we avoid the traps of the past? In an imperfect world, what is good?”

A Cimolino-directed production of Richard III opens the theatre. It will be paired with All’s Well That Ends Well, directed by Scott Wentworth. The festival launched with these two works back in 1953.

The Festival Theatre includes two high-profile productions: Hamlet, directed by Peter Pasyk, and Chicago, directed by Donna Feore. The latter marks the first major new production of the musical to be seen outside of New York City or London, England in 30 years.

There’s no word yet on who will play the title role in Pasyk’s production. When it was originally slotted for 2020, the role was to have been performed by Amaka Umeh.

Cimolino sees a connection between the Kander and Ebb musical’s origins and our current moment.

“Chicago was based upon the real life experience of the reality stars of the courtrooms of the roaring 20s,” he says. “Now in the whimpering 20s of this new century, our news feeds seem more than ever focused on the courtroom dramas of justice denied due to the partiality of judges and jurors.”

The third play at the Festival is a new production of Moliere’s The Miser, directed by Cimolino. It’s in a new translation by Ranjit Bolt, whose 2017 version of Tartuffe – complete with Trump references – was a huge success and got remounted in Toronto.

The Avon Theatre will be the home for Little Women, Jordi Mand’s new adaptation of Louisa May Alcott’s novels Little Women and Good Wives.

And the intimate Studio Theatre, which is celebrating its 20th anniversary, will be home for three new Canadian plays: Sunny Drake’s Every Little Nookie, directed by ted witzel; Ann-Marie MacDonald’s Hamlet-911, directed by Alisa Palmer; and Jani Lauzon and Kaitlyn Riordan’s 1939, which Lauzon will direct.

Hamlet-911 and 1939 both comment indirectly on Shakespeare; the former is about an actor playing the Danish prince at Stratford, while the latter is set at a fictional church-run residential school in 1939 where students are putting on a play by the Bard for the King and Queen of England.