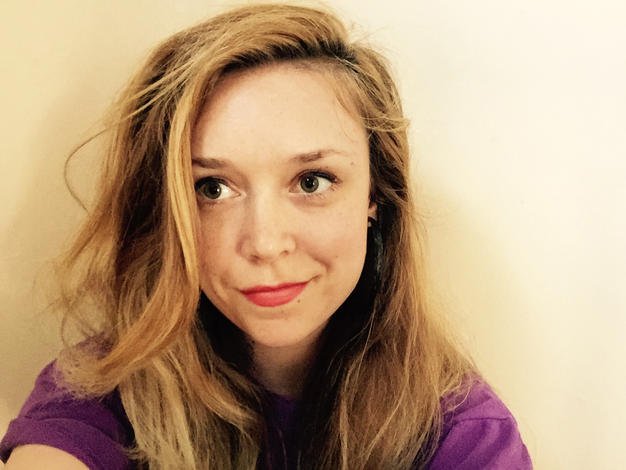 Katherine Cullen’s new musical, Stupidhead!, is a kind of coming out for the actor as someone who’s dealt with dyslexia her entire life.

“But it’s really so much more than that. The show is a metaphor for anything that we feel shame about or can’t do well,” admits Cullen, a core member of Outside the March who’s appeared in productions of Mr. Marmalade and Vitals. “It will speak to anyone who has some part of themselves that won’t fit in the accepted social construct.

“Dyslexia is like putting a magnifying glass onto that part that doesn’t fit, making it 10 times bigger. The character’s journey involves trying to keep it all together and come across as normal and fun while dealing with some pretty upsetting stuff. She wants the show to be nice and entertaining, but, as things start slipping away from her, she can’t help but reveal what she’d rather keep hidden.”

The script is inspired by Cullen’s own life, but she admits that life has become way easier since she’s grown out of some of her learning disabilities.

“Originally I wrote it because I wanted to offer something about the subject matter that I’d enjoy performing. The first draft, though, was really humourless, and I didn’t have a good time. The rewritten version tries to create a party experience for the audience.

“That said, this version still steers toward some darker stuff that balances off the fun. I want to share, in a comedic way, the ridiculousness of being a human and the embarrassing experiences we all have.”

She’s collaborating with director/dramaturge Aaron Willis and composer Britta Johnson, the latter one of the talents behind the music for Sheridan College’s Brantwood.

“Britta and I get each other in a really organic way. I’ve written some of the songs myself but have no musical training. When we get together, I spew nonsensical ideas and she helps give them form. She’s compared working with me to watching an insane person slowly lose her mind on the TTC during rush hour,” she adds with a laugh.

The writer/performer says the show is neither cheesy nor saccharine. “It’s a little bit of fun, piñatas and a touch of anger, with a sense of absurdity and pure entertainment, which defines musicals at their best.”