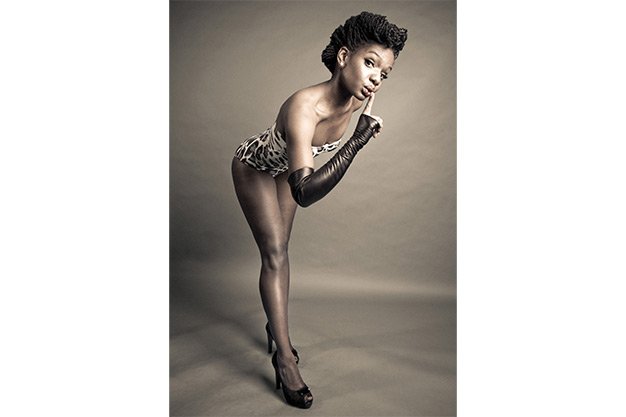 THE EMANCIPATION OF MS. LOVELY

In Ngozi Pauls powerful and important solo play, a black womans sense of identity and sexual confidence is juxtaposed with the history of Sarah Baartman, a South African woman whose body was exoticized, exploited and fetishized in 19th century Europe.

We first meet Lovely when shes having sex with a married man, one of many scenes effectively choreographed by Roger C. Jeffrey. This secret affair forces her to look back at her childhood, adolescence and young adulthood, where her early confidence and spirit were gradually crushed by breakups, players and the need to please men rather than herself.

These scenes contrast with the experiences of Baartman, who was defined solely by her sexuality. The result is a fascinating look at the disturbing legacy of cultural objectification and oppression.

The structure could be tighter. Many of the Lovely scenes are episodic and not yet fully developed, and the Baartman flashbacks could be more carefully integrated. But there are some great sequences, like one involving a pair of hot pants and another set at a dance club. Ngozis impression of Lovelys strict grandmother adds lots of humour.

The production, directed by dbi young anitafrika, is theatrical and energetic. Theres good use made of a series of full-length mirrors reflecting Lovelys evolving selves. Musician/composers Waleed Abdulhamid and LOqenz AKA Non help to bridge the works different eras and to change the rhythms and moods. The same goes for Jeffrey’s evocative, often primal, choreography.

The magnetic Paul holds every moment onstage in a fierce, funny and moving performance.