The finest shows of the decade brought. 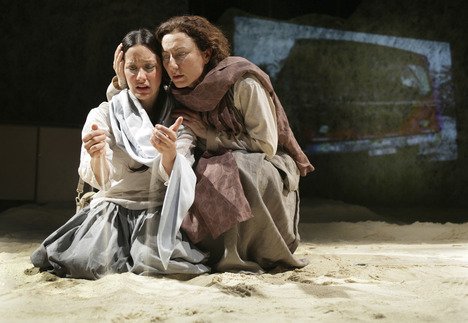 The finest shows of the decade brought the emotional and the intellectual together in examinations of families large and small and the history that connects us to the past and guides us to the future.

A brother and sister search for the father and brother they’ve never known in this ambitious, time-twirled tale of family and fate. Not since Tony Kushner’s Angels In America has a play covered such an epic canvas, making us think hard and feel deeply.

First staged in the Fringe and then remounted, this site-specific production wove together four tales about life in and around the Gladstone Hotel. A sign of the vitality of Toronto’s indie community, Gladstone wowed audiences with dizzying pace and strong narrative.

3. The Ring Of The Nibelung, by Richard Wagner (Canadian Opera Company, 2006)

The COC made history twice in 2006, first by opening its new home, the Four Seasons Centre, and then by staging the first Canadian Ring Cycle: 15 hours of thrilling music theatre, conducted by the late Richard Bradshaw and given fire by brilliant designer Michael Levine.

This look at the mythic and historical Jesus’s effect on history and culture featured an all-out performance by Miller and cameos by pop-cult figures. The decade’s best multimedia show.

5. The Adventures Of A Black Girl In Search Of God, by Djanet Sears (Obsidian/Nightwood/Harbourfront Centre, 2002)

A wordless script based on Gogol stories followed the rise and fall of its central character, his fortunes hemmed in by the sparkling title garment.

Thomson’s subtle text and use of masks gave tremendous resonance to the story of a troubled girl and the others in her preteen world.

This gripping, suggestive look at the nature of memory and morality played with reality and fiction as a writer tried to find the truth of a decades-old genocide. Rewritten after its 2005 premiere, the show toured to Rwanda.