Theatre critics give end-of-season love to "Master Harold," Come From Away and John

A play set in apartheid-era South Africa, a mysterious three-hour show set in a quaint bed and breakfast in Gettysburg and a heartwarming musical about generosity in the face of tragedy are among the big winners at the Toronto Theatre Critics Association Awards. 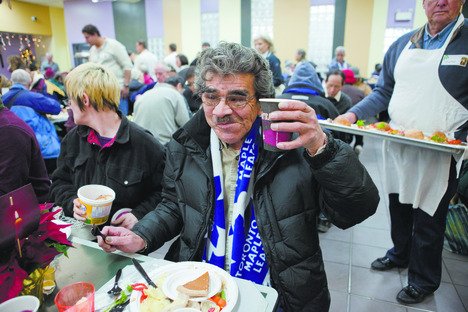 And Annie Baker‘s John was recognized with awards for best international play, best supporting actress (Nora McLellan) and best production of a play. (It tied in the last category with Robert Lepage‘s 887, which was also honoured for its stellar design by Lepage, Jean-Sébastian Côté, Laurent Routhier and Félix Fradet-Faguy.)

And best actress went to Dawn Jani Birley, whose deaf Horatio acted as a narrator in the innovative production of Prince Hamlet. 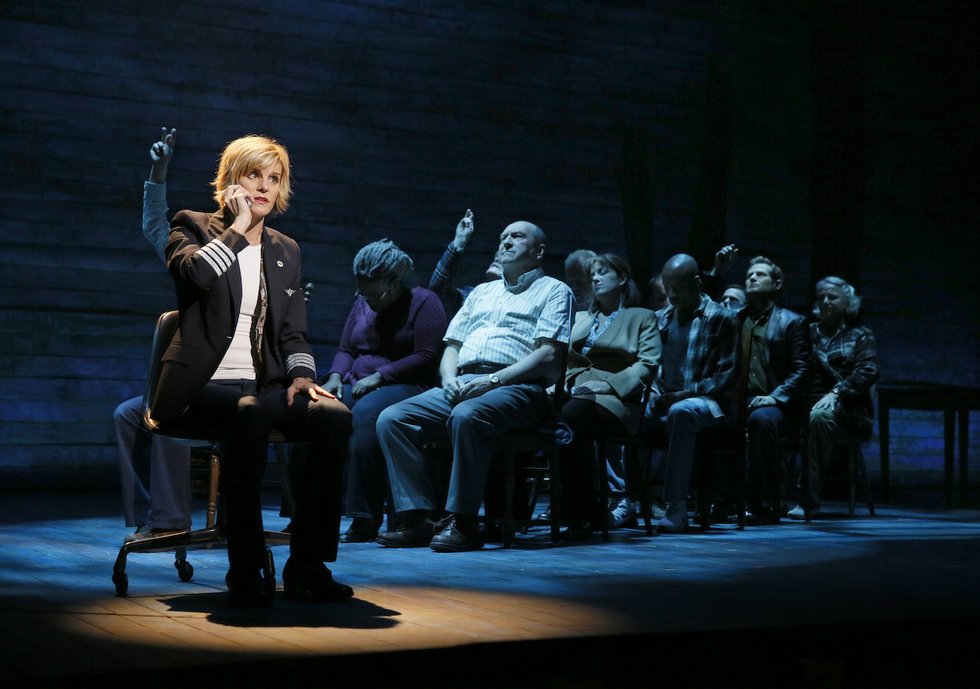 Jenn Colella (front) piloted an award-winning performance of Come From Away.

All of the shows have finished their runs in Toronto, but look for Mouthpiece to return next year. It also has an exciting next couple of months: in June, it will travel to L.A. for two performances presented by Jodie Foster and her partner Alex Hedison, who saw the show in Toronto. Then it will then go to Edinburgh in August. And Come From Away, up for seven Tony Awards, will return to Toronto in a new production in February 2018.

The TTCA, of which I’m a member, has grown since last year, with freelance reviewers Lynn Slotkin and Christopher Hoile joining critics from the Globe and Mail, the Toronto Star, the National Post, Torontoist and NOW.

Full disclosure: I recused myself from participating in voting for the categories in which Come From Away were up, since I have a minor financial investment in the show.

The TTCA Awards, which will be presented at a private ceremony on June 19 at the Globe and Mail Centre, officially begin awards season.

Next Tuesday (May 30), the Dora Mavor Moore Awards nominations are announced (the actual event takes place June 26 at the Elgin) and the Harolds, honouring the best in indie theatre, take place June 12 at Buddies.

Look for my breakdown of the Dora noms on Tuesday.