What is it like to premiere a Zoom play? 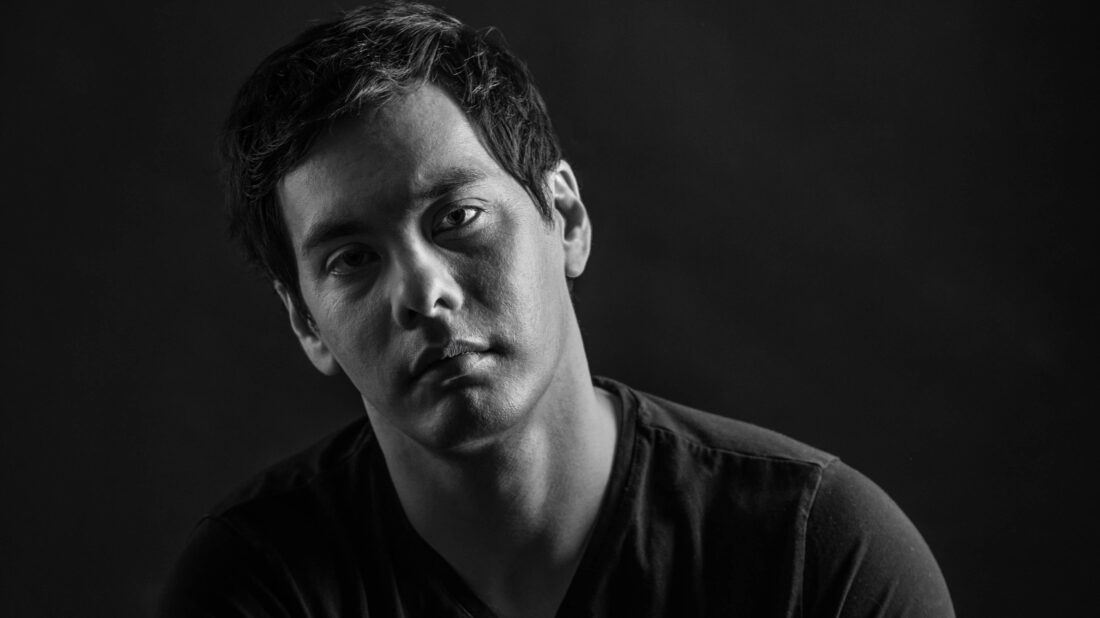 Live, in-person theatre might not be happening these days. But there’s a lot going on online. Just ask David Yee. This month, the Governor General’s Award-winning playwright and co-founding artistic director of fu-GEN Theatre is premiering two works. But the lead-up to both opening nights has been unlike anything he’s ever experienced before.

“It’s been weird,” Yee says about rehearsals for his plays: Acts Of Faith, a solo show starring Natasha Mumba, which opens Factory Theatre’s fully digital season; and Good White Men, part of the University of Windsor’s Zoom anthology, The Stream You Step In, which will be performed by the school’s senior drama students.

Normally, days before opening, a show’s creative team would be in a physical theatre rehearsing and refining details. Not so during a pandemic.

“For Acts Of Faith, Natasha is in the Factory’s upstairs rehearsal hall, with the stage manager off to the side, director [and Factory artistic director] Nina Lee Aquino in another room and me watching from a screen at home,” says Yee, whose other plays include Acquiesce, Carried Away On The Crest Of A Wave and Lady In The Red Dress.

If someone has a note for Mumba, who plays a young African woman who gets mistaken for a prophet, it’s not just a matter of stopping a scene and giving it to her.

“She can’t hear us because her earphones are off,” explains Yee. “If she could hear us, she’d also hear herself with a delay. So she’s on her own. If we need her to stop or go back over a line, someone has to give her a cue, or walk into a room and transmit the information. Or we have to wait until she puts her earphones in.”

Mumba, who was preparing to understudy the role of Hermione in Mirvish’s Harry Potter And The Cursed Child before theatres shut down in March, is one of the country’s best actors. So Yee was thrilled when he got the commission to write an online solo play for her.

“One of the great things about working with someone like Natasha is you can give her anything and know that she will attack it 100 per cent,” he says. “You don’t have to worry.”

Like most theatre artists, Yee has been watching lots of theatre – both streamed and pre-taped – online. Earlier this year, he adapted a section from his play Paper Series for video.

“It’s exciting, because we’re seeing how people are adjusting,” he says. “You see people testing the waters, seeing what’s possible. It feels like being part of a very large, broad conversation where everyone’s going, ‘How about this? Does this work? Can we do that?’”

But writing for a televisual medium poses some challenges.

“The passive position of an audience feels even more passive when it’s online,” he says. “And it’s tough for a one-person show because it’s a lot of talky-talk. Also, we have limitations in the technology available to us.”

The magic of theatre, he says, is that it’s a medium where everything is made up.

“We’re not pursuing verisimilitude,” he says. “We’re not trying to present reality. So in an online play an actor’s ability to create a sense of emotional reality, using text and voice, is incredibly important.”

Importantly, Mumba will be performing Acts Of Faith live each night for its two-week run. Each performance will be different.

“We didn’t want to lose that liveness, which is one of the things theatre artists do really well,” he says.

His Windsor Theatre show Good White Men – about white allies – will be presented on Screen Share.

“It uses everything you have on your computer desktop to communicate with other actors and tell the story,” says Yee.

What’s fascinating about this format is that it creates a fourth wall.

“It gives the actors this weird artificial barrier,” he says. “And in a way it’s what we’re all dealing with – we see the world through our screens. Everything happens now through this piece of Gorilla Glass.”

One of the things Yee most misses about live theatre is the lack of a living, breathing audience reacting to each moment.

“You don’t have other people’s laughter,” he says. “You don’t have that sense of shock, dread and tension you get from other people all being in the dark together. Will the show affect you in the same way if you’re cooking dinner while watching it? Nobody’s there to tell you not to do that. You can spend the entire show unwrapping candies.

“We’re at a point where we have to work together with our audiences more,” he says. “We have to trust that we’re each going to give each other a new kind of attention. And if everybody holds to that deal, I think it can be really great. But if we back off because nobody’s watching us, then it all becomes muddy.”