The mobility data shows decreases in transit use, driving and travel to specific places in the city 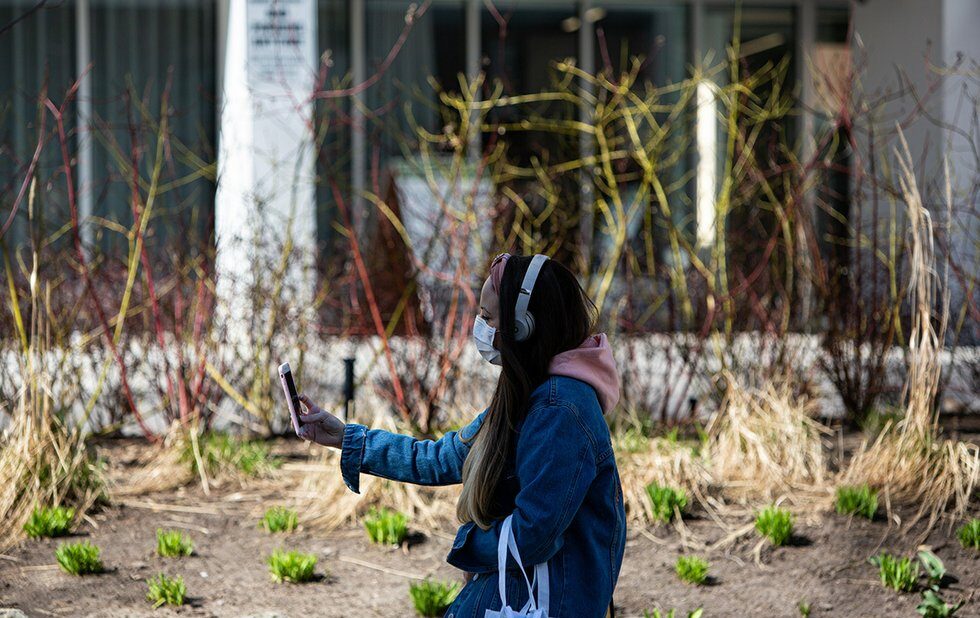 Since the start of the coronavirus pandemic, transit is down 85 per cent in Toronto. Driving is also down 66 per cent, while walking is down 69 per cent.

The info comes from Apple’s mobility data, which the tech giant released last week. The company says it released the mobility data to provide insights for local governments and health authorities. It’s also careful to note the data is randomized and anonymized and that Apple doesn’t keep individualized profiles of users’ movements and searches.

The frequently updated data begins on January 13, the day of the first reported positive case of COVID-19 outside of Wuhan, and goes until April 19. The Toronto mobility report is free to explore, and for those who want to sift through the complete data set (those who know how to do that), it’s available for download in a whopping CSV file.

The data comes from routing requests in Apple Maps on iPhones and Apple Watches so it is limited to people with those products, but the info provides a handy visual tool for measuring the decrease in volume of various modes of transportation.

Google has also released similar data in its community mobility reports. Rather than tracking modes of transportation, the search giant measured changes in frequency of visits for specific categories of places in Canada and by province between late February until April 11.

In Ontario, transit stations are the most dramatic decrease, down 62 per cent compared to the baseline. (Where Toronto is concerned, that’s consistent with the TTC’s news that ridership is down two-thirds and revenue down $14 million). Retail and recreation (restaurants, cafes, shopping centres, museums, libraries, movie theatres) follow with a  54 per cent drop. Visits to workplaces are down 48 per cent, parks down 20 per cent and grocery and pharmacy down 9 per cent.

The only category that has gone up, naturally, is residential – by 16 per cent. 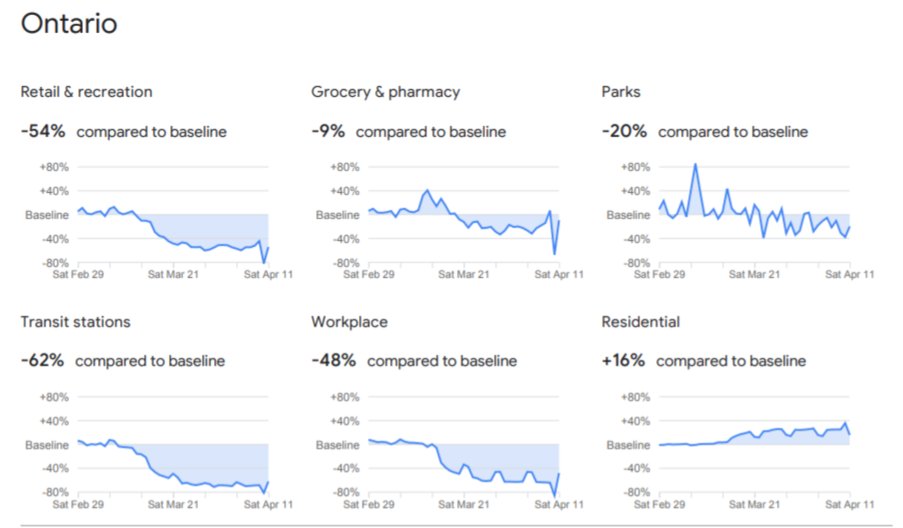 Google’s data is generated from users who have turned on their location history. Like Apple, the company says its data is protected by its privacy policy, that none of the info is personally identifiable and that it’s all anonymized. Both Apple’s and Google’s mobility reports are available for a limited time during the pandemic.

Data privacy is a hot topic as more and more governments explore tracking the spread of the virus via mobile data. Apple and Google have teamed up to develop a contact tracing tool using Bluetooth technology, which has raised the concern of many privacy experts watching to see that the two tech companies keep their word on how the data is tracked and used.

In the meantime, these tools provide a fascinating glimpse at how people (specifically those with smart phones) have changed their movements since the pandemic hit.