From setting up audio studios to experimenting with VR, Toronto artists are upping their technology game 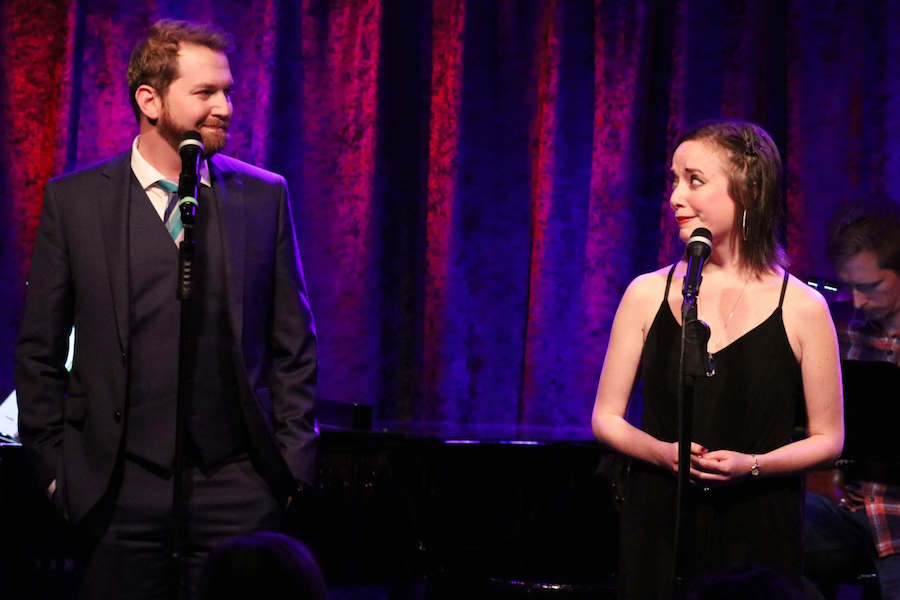 The phrase “the show must go on” has become harder to do during the COVID-19 pandemic. But many Toronto artists are using technology to keep working – and stay relevant.

Life is a cabaret

For the past two months, musical theatre performers Gabi Epstein and Jeremy Lapalme have put on a show for dozens of fans, who eat, drink and enjoy the couple’s singing and onstage banter. Sounds like a regular cabaret show, right? Something you might find at the Senator, perhaps, where Epstein has performed before.

Instead, the married couple are singing from their living room in Toronto’s east end. And the patrons are watching them live on Zoom while eating food from a pre-selected east end restaurant. It’s all part of an event called The New Local, one of many things Epstein has initiated since lockdown in March meant the end to traditional theatre.

“I love the idea of being able to see people and them being able to see each other,” says Epstein about the monthly show. She and Lapalme produce it, choosing a local restaurant (and taking people’s orders) and sending out Zoom links to patrons a few hours before the event.

“I love any kind of live broadcast experience, but this is really intimate. We can switch to gallery view and see everyone. The other night, we had a date night-themed show, and so people submitted questions into chat and Jeremy and I played The Newlywed Game. People could raise their hands, we could address them. It’s been the closest I have felt in months to actually performing in a room with an audience.”

But since audience members are muted, jazz hands are encouraged to signal applause.

The importance of audio

Like many stage artists, Epstein figured out soon after lockdown that she would have to use technology to take on new work. She was up for some voice jobs, so she bought a decent microphone and, following some webinars, constructed a makeshift audio studio in a closet.

The couple has since made a better one in the unfinished basement of the house they bought a couple of years ago.

“A lot of prominent people experimented with virtual shows right away, which was  great, but we could see them make some very public mistakes,” she says.

“What I noticed right away was audio quality was a big thing if you were doing something virtually, especially as a singer. If the audio isn’t great, you will maybe listen to a couple of songs, but that’s it. So while we’re dealing with this ‘and’ rather than ‘or’ situation” – a sly Stephen Sondheim reference – “how can we find the best suitable replacement?”

In order to make The New Local shows work, Epstein and Lapalme had to invest in a couple of new microphones. They also bought a decent ring light and the software program Loopback. Loopback allows them to input microphones and a pre-recorded keyboard track from musician Scott Christian to output onto Zoom.

(They’re thinking that eventually, once health restrictions loosen, they might include Christian performing live, since he lives in the neighbourhood.)

Setting up an effective audio studio isn’t as easy as it sounds, though, especially if you don’t have much room – or money. (Epstein estimates the couple spent about $800 for all their equipment and cables.)

“Toronto is a really noisy city”

After actor Qasim Khan lost his Stratford contract – he was cast in Richard III and The Miser – he decided to do voice work. Agents told him to set up a home audio system for auditions.

“Toronto is a really noisy city, and the house I’m in has little insulation, nothing is sealed,” he says. “So you could hear kids playing street hockey, parents drinking wine outside. At first I set up something in my closet and used my iPhone mic, but the sound was terrible.”

Eventually, he rented a USB microphone from Long & McQuade, sealed his windows and bought blackout curtains to muffle out sound. Now, using multiple blankets, he completely covers himself and his computer to record things. He reads scripts off his phone and uses GarageBand to filter, cut and edit.

Before the pandemic, writer/actor/director Anand Rajaram had already booked some voice work: an audiobook and a cartoon. He solved the home audio situation with a small tent from Canadian Tire, some clips from Rona and moving blankets bought on Kijiji.

But he’s also begun exploring the world of VR (virtual reality) and AR (augmented reality). His recent Dora Award acceptance speech (for Buffoon) showed off his AR skills. In the video, Al Pacino and Arnold Schwarzenegger prod him to present a speech. Rajaram has a cartoon mask covering his face – you can see his eyes beneath it – with a crown on his head.

“The problem with Zoom and a lot of other video platforms is that it’s the equivalent of sticking a camera in front of a theatre show,” he says.

“It doesn’t translate: it’s flat and boring, and it’s hard to pay attention. Augmented reality is more aesthetically interesting. It plays with audience perception. If I had presented my Dora speech [straight], it would have been harder to watch and listen to.”

Getting inspiration from Snapchat

Right before the pandemic happened, Rajaram was fooling around with Snapchat and its augmented reality filters. He was already a fan of cartoons, masks and puppetry. Like other artists, he could see the potential of using technology to tell stories.

Rajaram says federally-funded initiatives like the NAC’s Canada Performs series and the CBC’s Creative Relief Fund helped him explore digital work. He’s made a handful of short films. And he’s applied for a grant to produce a live animated chat show.

“If it wasn’t for those platforms, I don’t know that I would have created these things.”

And the cost to produce the VR and AR work?

“It cost me nothing – except time.”