The best things to do in Toronto this weekend: November 19-21

Including Immersive Nutcracker, Wildlife Photographer of the Year at the ROM and a Lido Pimienta art show 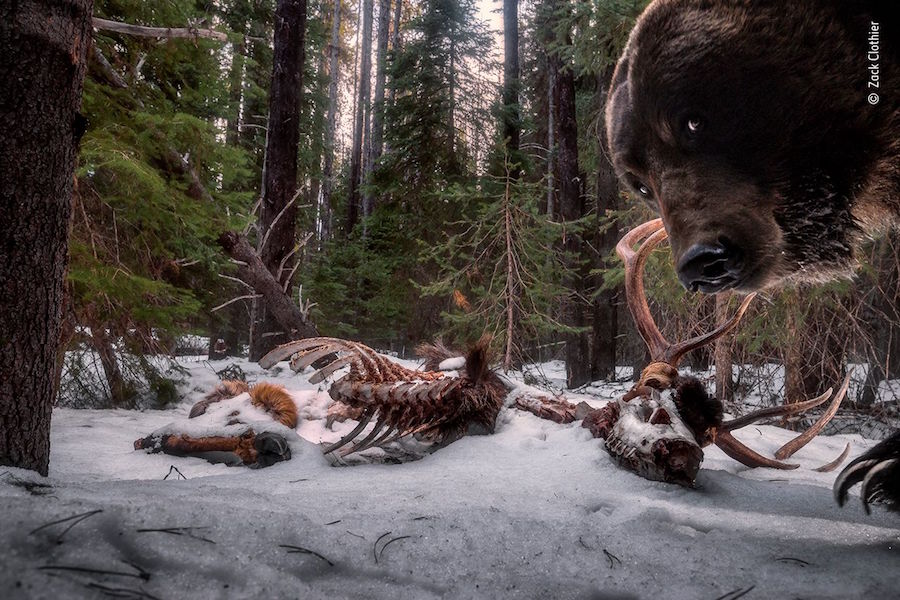 A grizzly bear photo bomb is among nature images on display at the ROM's annual Wildlife Photographer of the Year exhibition.

NOW critics pick the best things to do in Toronto for the weekend of November 19.

Wildlife Photographer of the Year

The annual photo show returns to the ROM this weekend for a five-month run. The Wildlife Photographer of the Year competition and exhibition features more than 90 nature images by professional and amateur photographers from around the world, encompassing animal rights, underwater, birds, plants and fungi, insects and portraiture. Though it’s not an official category, we’re confident there will be cuteness.

The city’s holiday markets are starting to kick into gear. The Distillery District has a quaint ye-olde feel year-round, but this weekend the east-end neighbourhood is leaning in hard with a holly wall, towering snow people, LED light displays, Christmas tree sales, Santa Claus and other Instagram-able opportunities.

To December 31. The Distillery District. Free or $8 (Fri-Sun after 4 pm). thedistillerywintervillage.com

Toronto producer/rapper Junia-T made one of our favourite albums last year. Now, the Studio Monk gets a two-night run of shows with a talented group of guests – Ice Tha One, HeyBombay and RUNXGUN on night one and SUPERDRAMAGO! and HMLT on night two. Expect to see a few collaborations.

The Sheepdogs at Lee’s Palace

Lee’s Palace is celebrating its 35th anniversary, but even more so they’re celebrating the ability to host full capacity concerts again. Canadian classic rock throwbacks the Sheepdogs are re-warming the venue with a four-night stand that’s already underway. Friday and Saturday are sold out, but there’s still some tickets to Thursday.

No Change In The Weather

The annual celebration of bite-sized cinema is staying virtual for 2021, but that means it’s possible to watch the entire program of 70 films from 33 countries over the course of 11 days rather than cramming it into a weekend of in-person screenings. Shorts (and filmmaker Q&As) are available in curated $10 blocks, or you can buy an all-access pass for $35.

Lido Pimienta is making waves south of the border as the first woman of colour to receive a commission to compose and perform a piece for the New York City Ballet. Ahead of her world tour in 2022, the Toronto-based musician and artist is staging a low-key solo show called Hanging By The Threads. The collection of brightly coloured and bold thread-based artworks that reflect on personal and childhood memories. Read her artist statement here.

The 519 Community Centre is hosting a virtual event to celebrate and honour the lives of 2-Spirit, trans, and non-binary community members lost to transphobia, hate crimes, illness, substance use, suicide or murder. The Circle of Cedar Singers will perform an opening ceremony and there will be speakers and community performances. The event takes place on Zoom and a link will be sent to attendees a few hours beforehand.

The all-ages holiday classic returns, but in a unique way mixing projections, special effects, dance and music, presented by the people who brought you Immersive Van Gogh and Immersive Klimt: Revolution.

From November 20 at 1 Yonge. $39 and up. immersive-nutcracker.com